Discover the deep and abiding Indigenous culture of Tla’amin Nation when you visit their homelands on the Sunshine Coast of BC.

"Ajechepot, Cheh cheh hah thatch ah tuth qwol atems gijeh."
(We thank you for travelling to the land of the Tla’amin people.)

Tla'amin Nation, BC - There is an island along BC’s west coast, that according to the Tla’amin Nation local indigenous population, was once a double-headed serpent transformed into what is now known as one of the country’s most unique landscapes.

"This serpent – known as Ihos - was taking too much from the neighbouring Mitlenatch Island," explains Drew Blaney, Tla'amin Nation's Culture and Heritage Manager. "And so the transformer transformed Ihos into an island, which is a constant reminder for our people to not take too much.”

Savary Island is a place that has fed and allowed Tla’amin to prosper for many millennia. Here is a place that made for the perfect basecamp for fishing, hunting and gathering elements needed to live a prosperous life along the West Coast.

However, with the advent of European contact, names and stories were altered. An area on Savary which was known to the Tla’amin as Thateq (tha-tek) eventually became known – from a colonial perspective – as “Indian Point.”

Play this audio clip to learn how to pronounce Kayeqwan and Thateq, the original Tla'amin names for Savary Island and Indian Point.

“I believe this area of the island was renamed as “Indian Point” because it was the place that my ancestors had a village," says Blaney.

Visit Tla'amin and learn through connection to land and culture.

"When my elders were young there were a few wooden houses at this location and before those houses we are guessing, it would have been long houses. The reason for settlement in this spot was that during really low tides between Savary and Hernando it was a great clam digging spot."

He went on to explain to me that Tla’amin were master seal hunters and Thateq was one of the best spots as the women would form a circle in the water and shake rattles to distract the seals while the men came into hunt.

Kayeqwan (Savary Island in Tla’amin language) is a lot of things to a lot of people. Located within the north stretch of the Sunshine Coast, at the gateway to Desolation Sound, those who have been on the shores of Savary know it for its shallow, warm waters and white sandy beaches. It is home to trails that will take you for a trip out to some of the West Coast’s most impressive viewpoints.

For Tla’amin, however, this popular tourist destination is one of the many jewels within their homelands. As Blaney explains, the island is a significant part of his people’s stories of homeland creation.

Look at Savary Island from the air and you can envision how this island is shaped as a serpent headed back to its cave at Xax-Gith (Hurtado Point in Tla’amin language). Ihos is a permanent reminder to Tla’amin people - and to visitors alike - of the basic principle of sustainable living.

Photographer: Shel Neufeld
The Savary Island shoreline is one of astounding, rugged beauty.

When coming to the region, the Tla'amin Nation invites us to consider how the land was formed from the Tla’amin perspective, and how that should shape our conduct here. Whether it’s taking in those beaches, the beautiful Juniper or Cedar trees or perhaps fishing around the area, be mindful to live within your means, following Tla’amin’s lead to take only what you need.

Join the Tla’amin Nation and us @ZenSeekers to challenge the naming of Savary’s “Indian Point” and restore its original name as Kayeqwan’s Thateq.

Tla’amin Nation is working with local officials to see The City of Powell River go back to its former name and have launched a website “The name matters”, found at https://www.thenamematters.org/.

“The name matters” is a movement to recognize the hurt it creates to have this colonial presence in our lives, to live it and breathe it every day as 'Powell River',” says Blaney.

This movement “The name matters”, honours the past and allows residents of the area to move forward into the future recognizing all who call this area home.

Lund BC, is where you catch the water taxi to Kayeqwan (Savary Island).

If you are looking for more Tla’amin in your life, we encourage you to:

Subscribe to the Tla’amin Nation YouTube channel and specifically check out the Sliammon Documentary (Sliammon; the name colonials gave Tla’amin Nation as they thought their original name – Tla’amin - was too challenging to say).

Here’s a first word to start with:

Ayajuthem = name of their language (like saying Spanish) – and is the name for the Northern Coast language spoke across the four nations including Tla’amin Nation.

Visit Tla'amin to connect to land and culture.

Watch for the reopening of the Tla’amin Nation owned Lund Hotel, closed through 2022 due to COVID but will be reopening in 2023 and is a great way to support the nation while gaining further insight to the landscape and Tla’amin homelands.

The Tla’amin people invite you to experience Kayeqwan (Savary Island) and the rest of their Nation, while encouraging you to share what you find on social media using the hashtag #Tlaaminstrong.

Continue your journey of understanding through these stories. 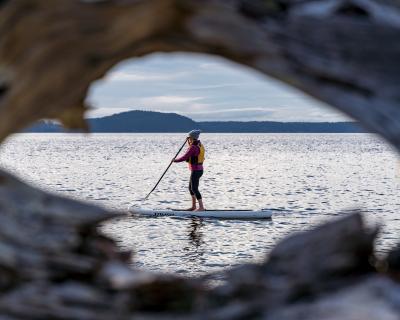 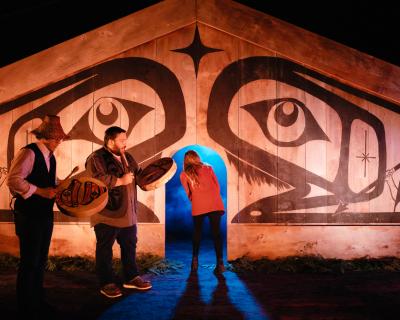 Deep in Tla-o-qui-aht Nation (aka Tofino as it is known presently), a new cultural resurgence is... 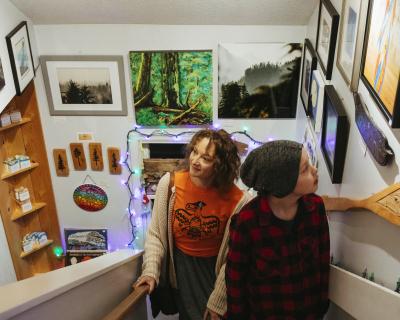 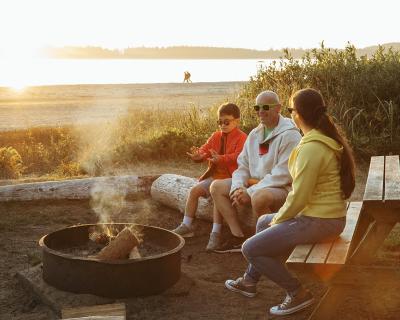 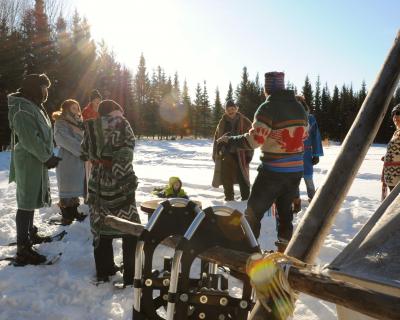 With the swaying staccato of a fiddle and the quick-shuffle of moccasined feet, a cultural movement... 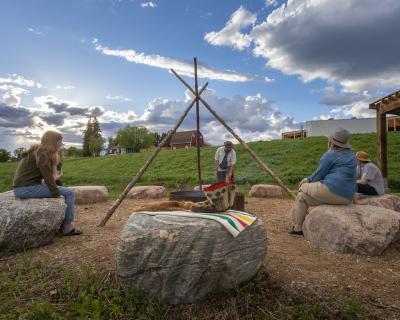