Getting the chance to experience the northern lights is a bucket list item for many people. There is something ethereal and a little bit haunting about the beautiful display of colours and the ephemeral nature of the aurora borealis that causes people to flock to them. Although the extraterrestrial light show can be explained by science, they are still one of the earth’s grandest magic tricks. For many, seeing the natural wonder is thought to involve travelling to far away places like Iceland, Finland, or Norway.

But for those living in Western Canada, catching a glimpse of the alluring and elusive lights is sometimes as simple as driving outside of the city limits. Here are some the top choices for prime northern lights viewing in Alberta and BC, promising to transport you to an otherworldly place right in your own province. Even if the mysterious light performance doesn’t make an appearance, the journey to these breathtaking destinations will be just as beautiful. 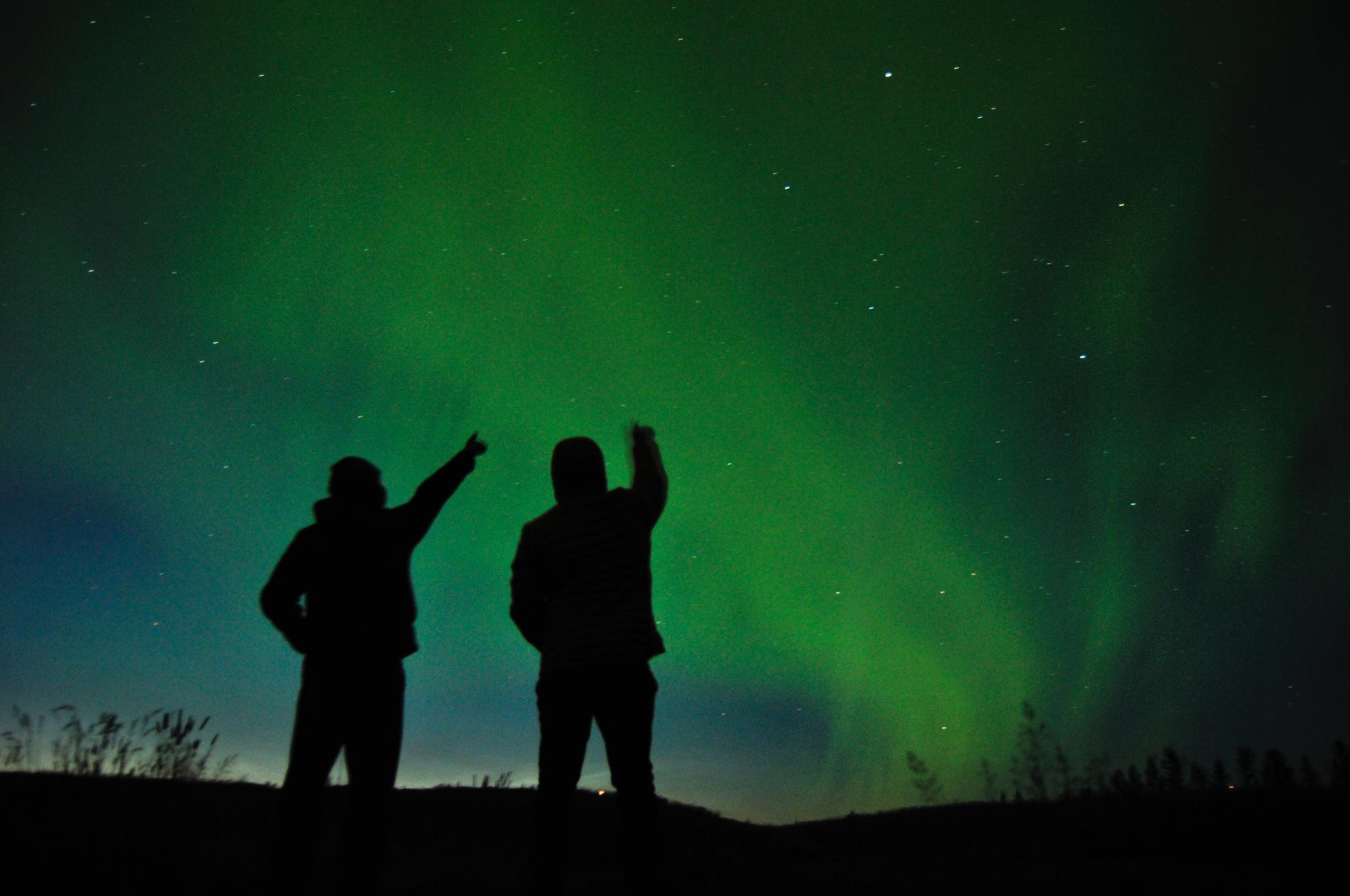 Canada’s largest park has a steadily growing reputation as one of the best places in Alberta to view the aurora borealis. As one of the world’s largest dark sky preserves, Wood Buffalo boasts the ability to see the shimmering spectres from almost anywhere in the park. The chance to see the candy-coloured sky surrounded by Canada’s wildlife has been described as life-changing by many visitors. Depending on your location in the province, the drive to park may be long, and the temperatures may often be sub-zero, but once you see the lovely light show pirouette across the expansive sky, you’ll be glad you came. 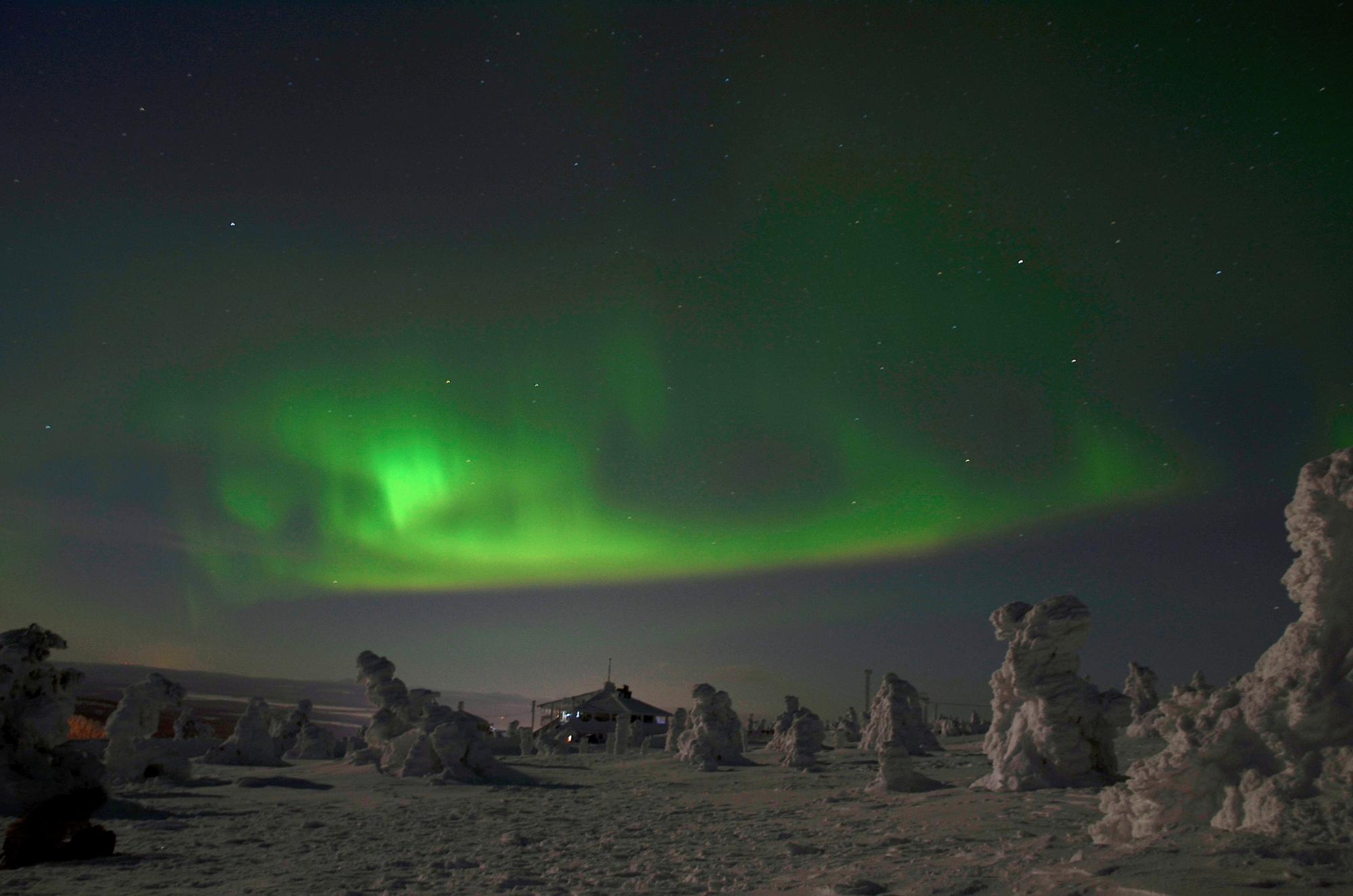 As if you needed another reason to visit mesmerizing Jasper National Park, it is also the world’s largest dark sky preserve, making it one of the best places in Alberta to view the northern lights. The vast dark sky preserve makes the perfect place to escape from the city and spend a few zen-filled hours soaking up the awe-inspiring light display. Even if you’ve visited the park many times before, seeing it lit up in swirls of magnificent ribbons of pink, yellow, and green is an indescribable experience. The park also holds an annual Dark Sky Festival every October to educate visitors about stargazing, constellations, and tips for shooting photographs of the night sky. 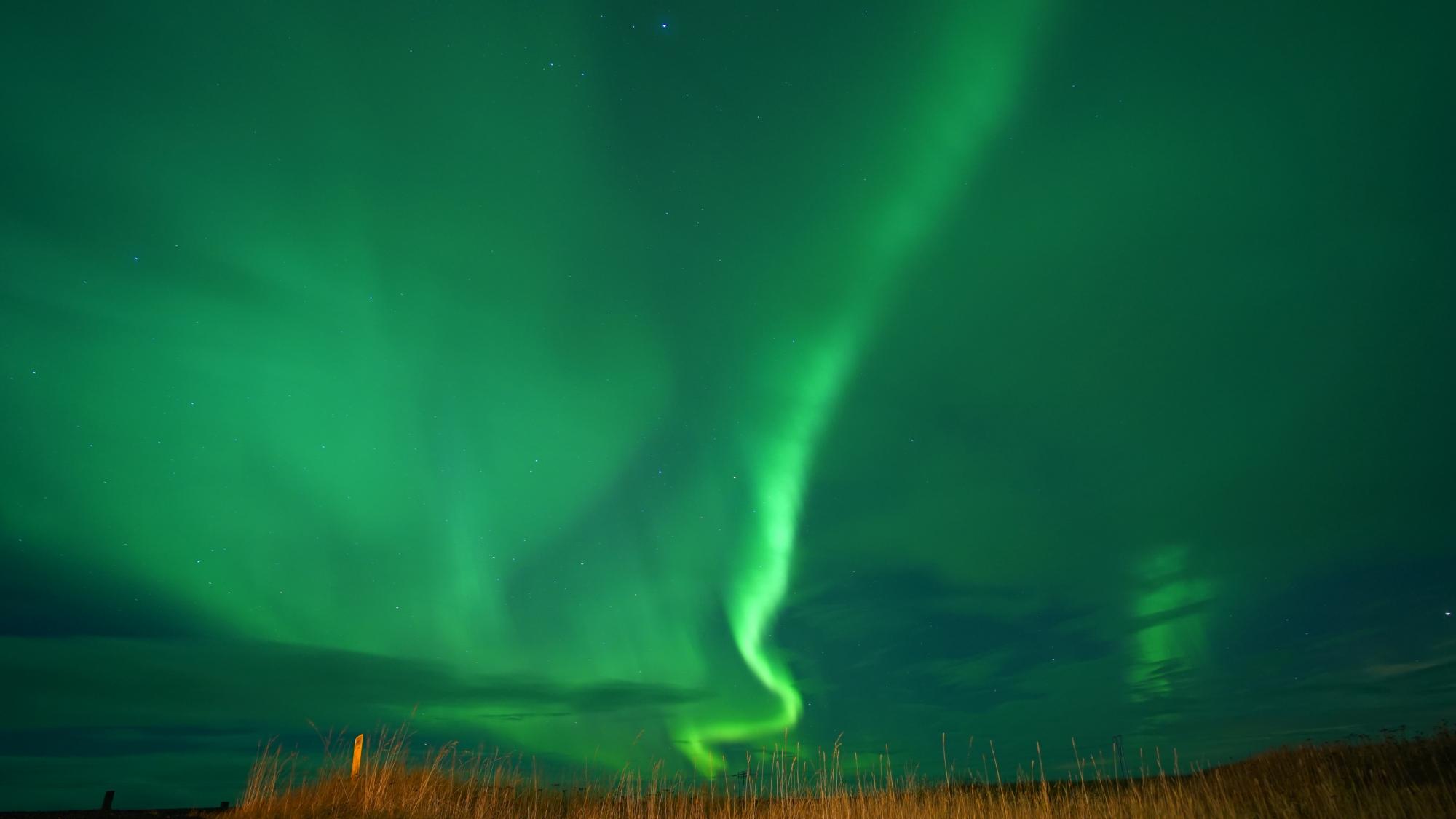 Cypress Hills is one of the first dark sky preserves of its kind in Canada. Located in Elkwater, 65 kilometres outside of Medicine Hat, the light pollution is dissipated enough to catch the northern lights on a dark, clear night. Every August, the park hosts a Summer Star Party where stargazers and nature enthusiasts alike can congregate in hopes of seeing the northern lights. Even if the elusive aurora can’t be spotted, the millions of other stars and planets see in the park will be enough to take your breath away. 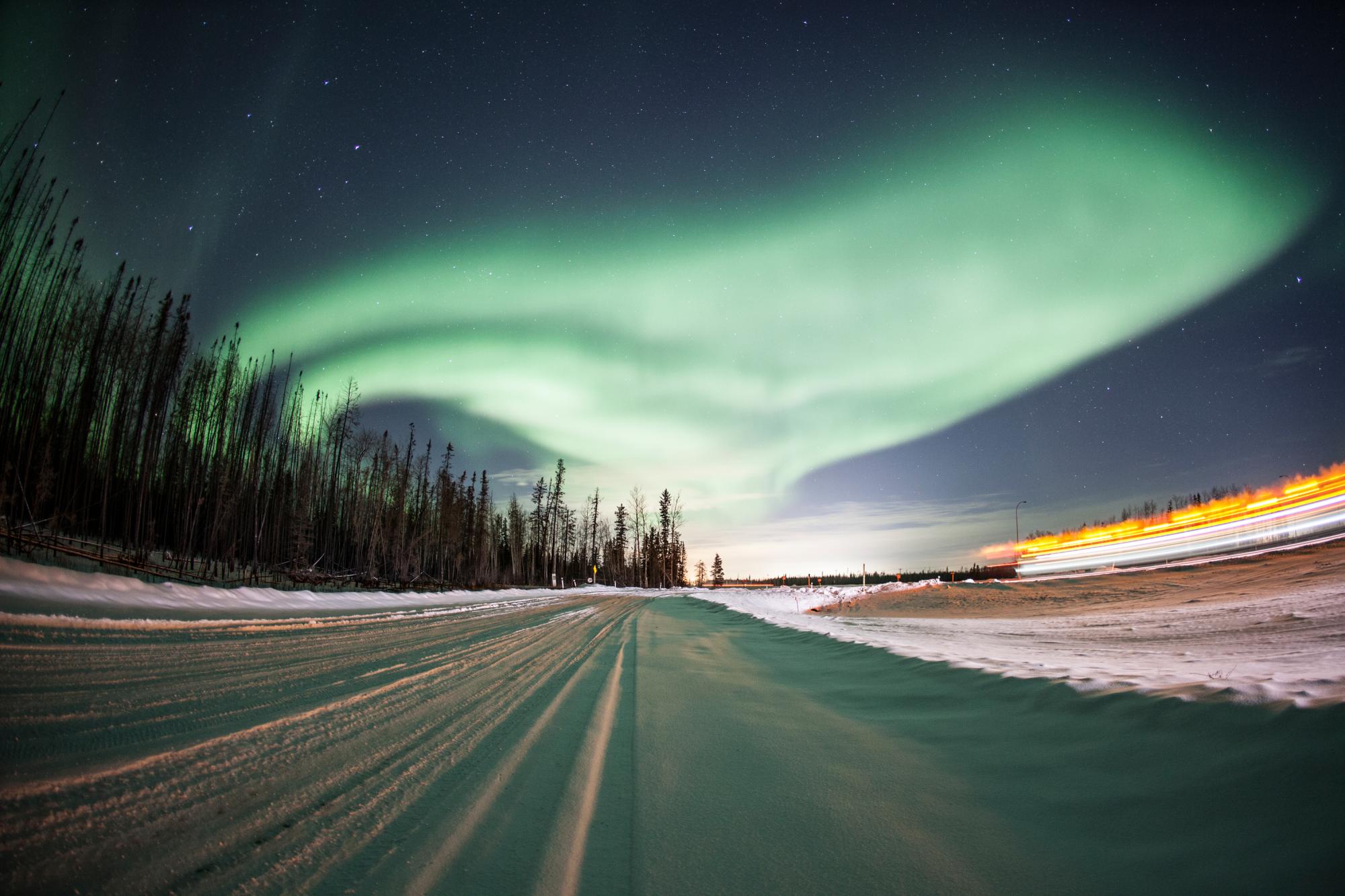 Fort McMurray is an opportune location to see the lights due to its location on an auroral band. While the best time of year to see the lights runs from October to March, the unpredictable nature of the phenomenon mean it’s not uncommon to spot them in the summer months. The city limits may often have too much light pollution on a cloudy night, so you may have to drive a few minutes outside of the city to see the northern lights at their best and brightest.

Read more about the Northern Lights in Fort McMurray here. 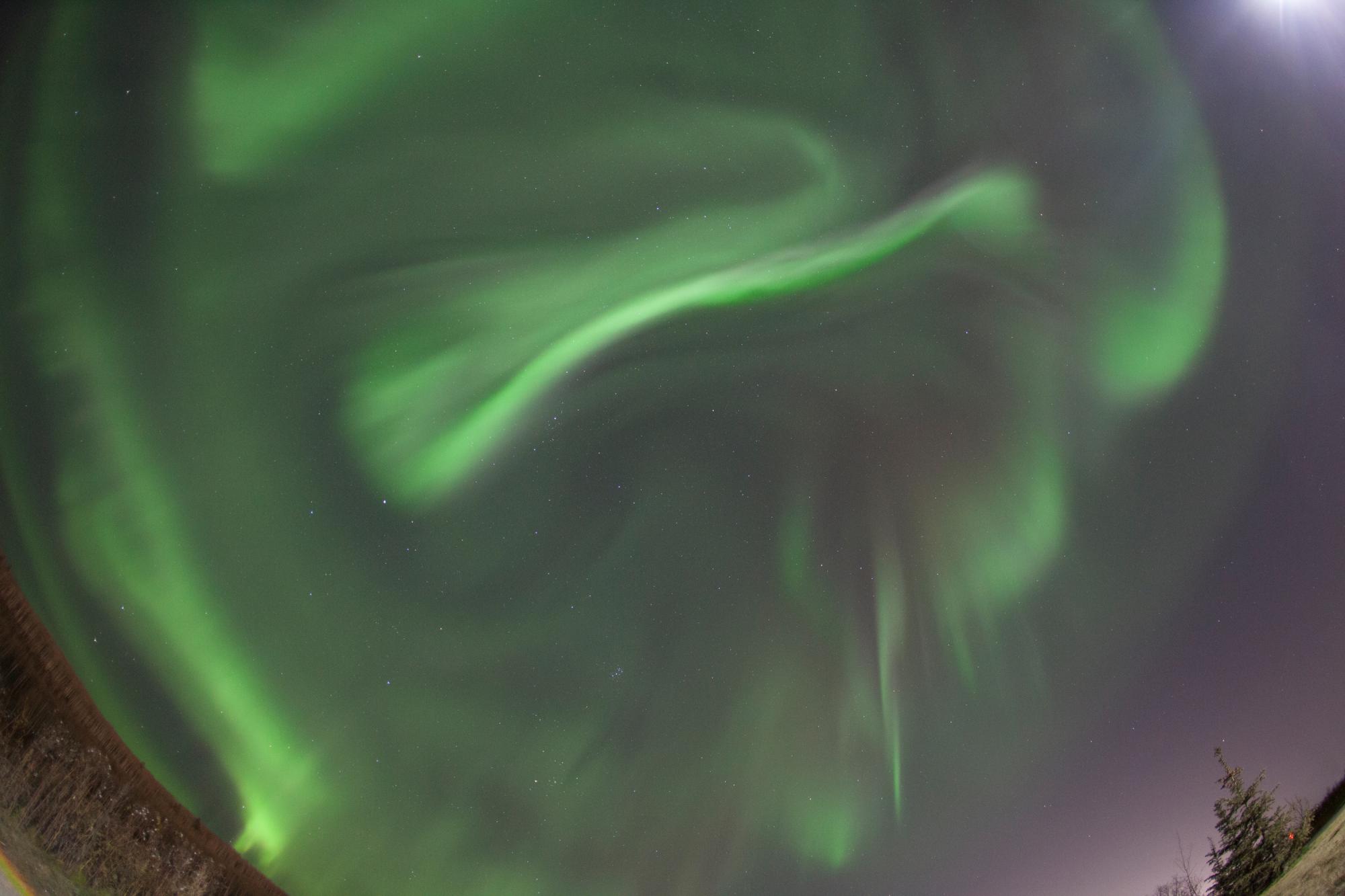 Living up to its slogan “super, natural”, BC is home to some top spots to view the northern lights, especially in the northern regions. Dawson Creek, situated in the Peace River region, provides one of the province’s best opportunities to see the light display due to its northern location and lack of light pollution. On a cold, clear night, it’s not uncommon for the natural phenomenon to make an appearance. One of the best places in the town to view the light show is at the aptly named Northern Lights College. 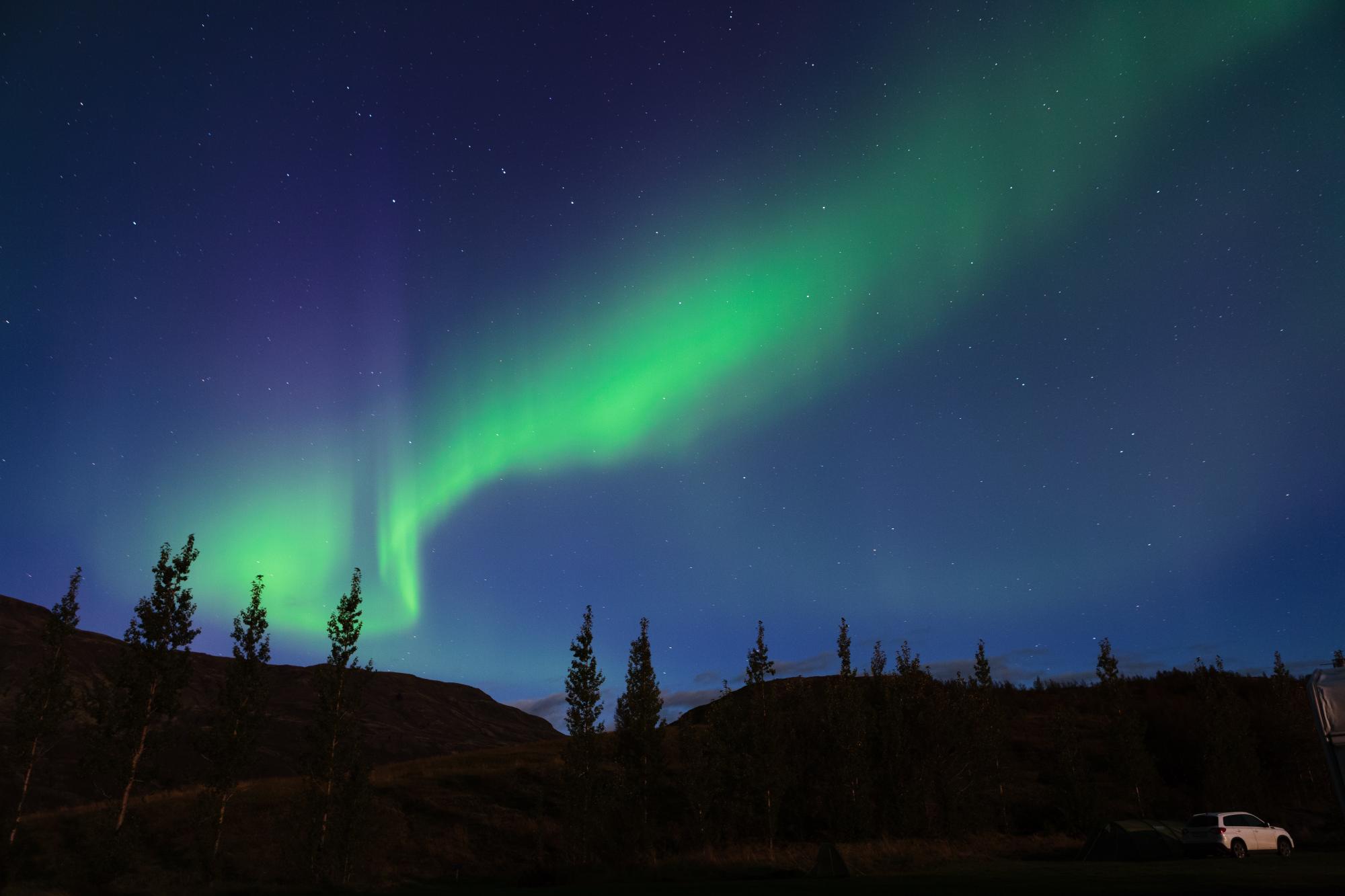 Located 38km north of Vancouver on the Sea to Sky Highway, Porteau Cove is home to one of the province’s best spots to catch the colourful sky dance. The park is a secluded beach area far enough away from Metro Vancouver’s bright city lights that there is nothing but expansive sky surrounding the area, providing the optimum viewing conditions. 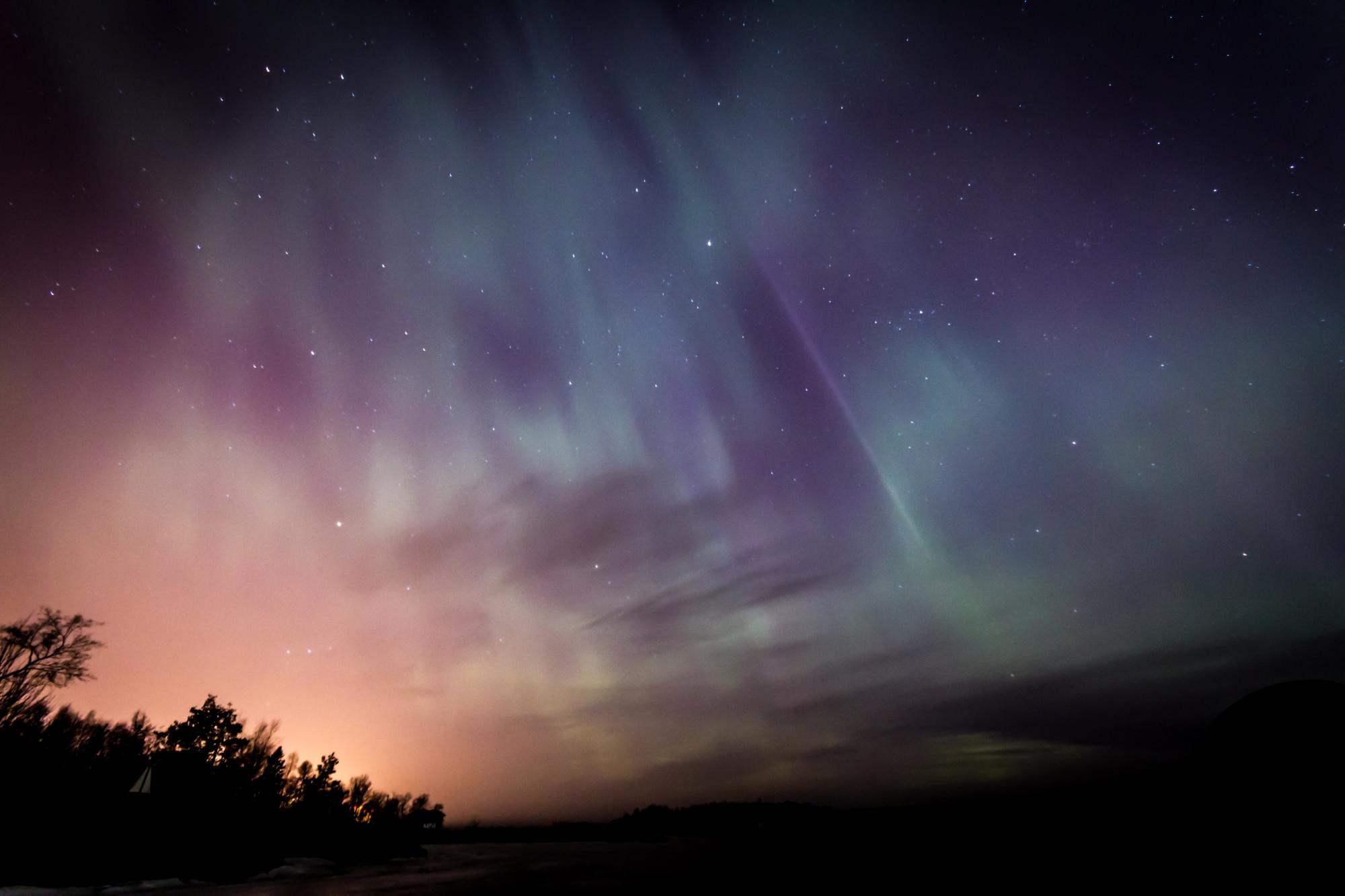 Although the Sunshine Coast is well-known for being a major summertime tourist destination, it is also a perfect spot to view the aurora borealis. Sakinaw Lake, located on the Sechelt Peninsula, is a nature lover’s paradise surrounded by abundant greenery and calm waters. On a clear summer night, the northern lights can be spotted in the area, lighting up the sky in brilliant pink and green wisps. While you might have to pull an all-nighter to see the light activity, the view is well worth the wait. 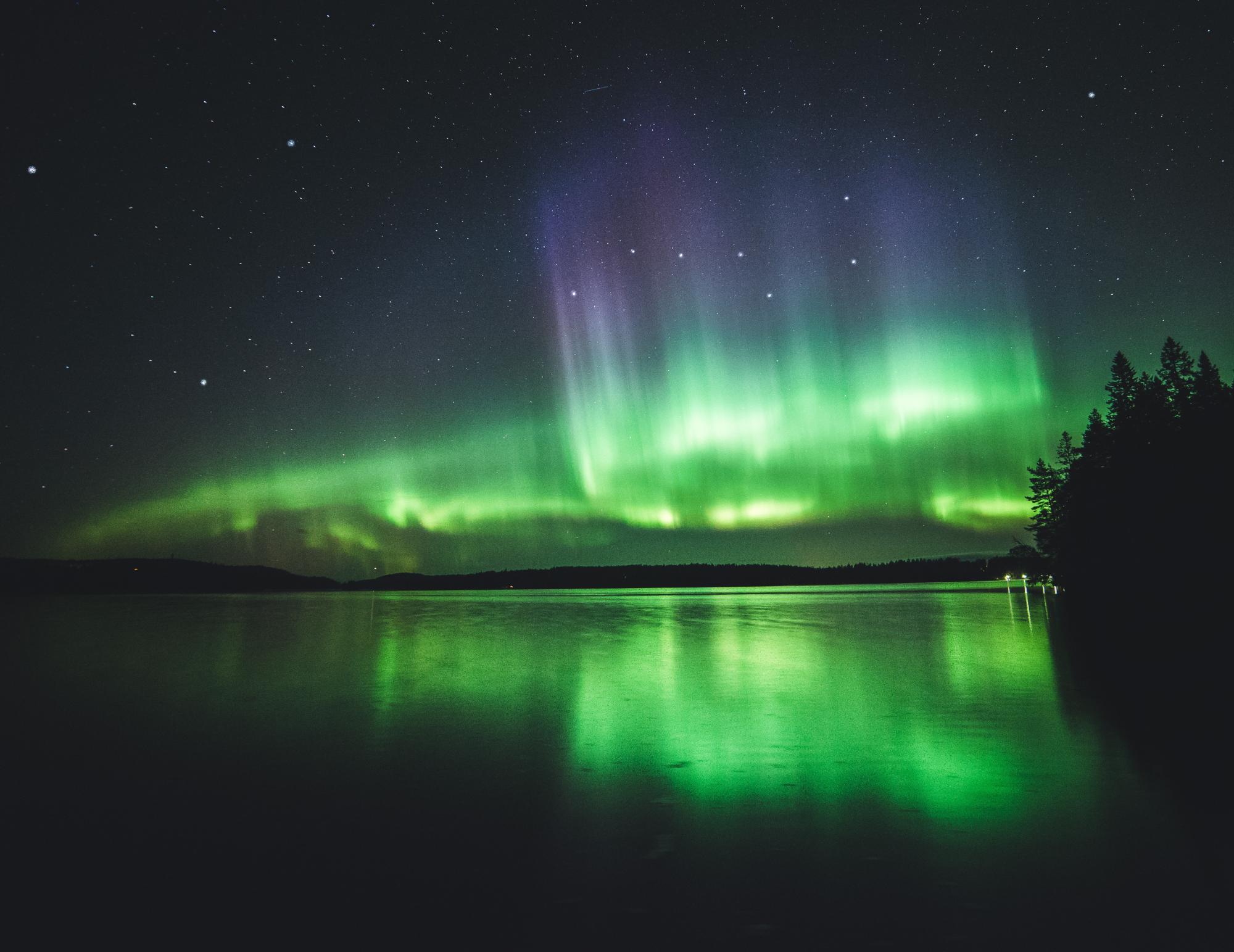 Beautiful and serene Muncho Lake Provincial Park is located on the Alaska Highway west of Fort Nelson. The area’s clear conditions and seclusion from city lights make it a top spot to see the northern lights. Maybe people are drawn to the area during the summer months to camp and enjoy the scenic jade-coloured lake, but the high chances of spotting the picturesque light display in this area is an added bonus.