Summerland, B.C. – It seems that everyone you meet in Summerland, in the South Okanagan, is a historian.

Thanks to its enviable location along vital transportation routes during the late-1800s ore rushes, Summerland was once home to many of Canada’s richest scions; their homes dot Millionaires’ Row. But the region also attracted labourers, who stayed and farmed – and flourished – under the Okanagan sun.

Many of Summerland’s current residents trace their history to those early orchardists, like Claire Macdonald, a sixth-generation member of the Gartrell family, who brought the first cultivated apple tree to the Okanagan.

“There are a lot of pioneer families here and just because it’s a small town, if you say your name, somebody knows somebody who knows your family,” says Macdonald, curator at the Summerland Museum.

Here, history lives on through those stories – and steam.

The Kettle Valley Railway (KVR) once connected the Kootenays to the B.C. Coast; today it connects visitors with the bygone days of rail travel.

The Kettle Valley Railway is the region’s only steam train excursion.

Completed in 1916 to shuttle silver from the Kootenays to the B.C. coast, the KVR provided daily passenger and freight service from Nelson to Vancouver until Highway 3 opened in 1949.

Today, Summerland boasts the only remaining section of track on which visitors can experience rail travel; it’s the region’s only steam train excursion.

A 1912 steam locomotive, the “3716” pulls two passenger coaches and three open-air cars past rolling rows of orchards, canyon walls, and the iconic Giant’s Head – like most of the low peaks around here, the rounded-down remains of a dormant volcano.

Passengers enjoy a 45-minutes guided excursion from Prairie Valley Station to Trout Creek Trestles, whereupon riders can de-train for photos and fresh produce, while the steam engine switches for the return trip.

Learn more about the Okanagan in these awesome destinations:
- Oliver
- Kelowna
- Vernon

Neil Andrews, Operations crew member on the train – who, by way of his own history, points out the home in which he grew up as the train trundles past – says, “We have views you can only get from the train.”

The Trans Canada Trail traces the route of the KVR, except near Summerland where the tracks remain in use; here, cyclists and hikers follow a purpose-built path near the rail line.

After the train ride, visitors should stop at Zia’s Stonehouse Restaurant downtown. The building – constructed of stones 46cm/18in thick, hand-selected from the Garnet Valley just outside Summerland – exudes history. The traditional menu and warm, inviting interior do too. Even owner, Shannon Ferlizza has history to share, pulling down framed photos from the early 1900s of her great-uncle’s hockey team.

“Because it’s such a charming small town, people here are very proud of being from Summerland,” says Macdonald.

A hiker climbs the crown of the Giant’s Head, a prominent geological feature above Summerland and Okanagan Lake.

That so many Summerland families trace their lineage to its earliest days says a lot about the community’s allure. It’s a feeling that inspires visitors to create a little of their own history here.

“I think that when people come here, they can sense that it’s a little different than anywhere else,” says Macdonald. “It’s a slower pace; there’s a small-town history. You’re going to get a lot of little stories – and big smiles.”

Check out the Summerland's website to start exploring the area.

Uncover more about the Okanagan’s offers for adventure. Check out ZenSeekers #OkanaganExploring Expedition page to see how you can have an adventure like this.

Our zen hits its zenith when we sip the 2013 Perpetua Chardonnay following a hearty spoonful of the... 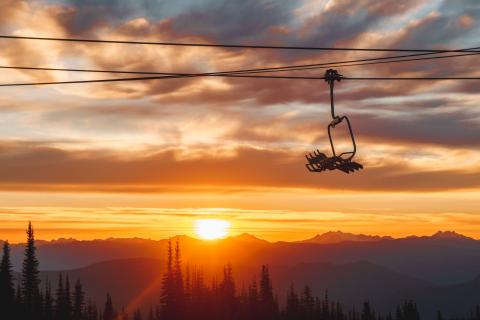 Heading to SilverStar Mountain Resort for the bike park’s opening weekend was even better than I had... 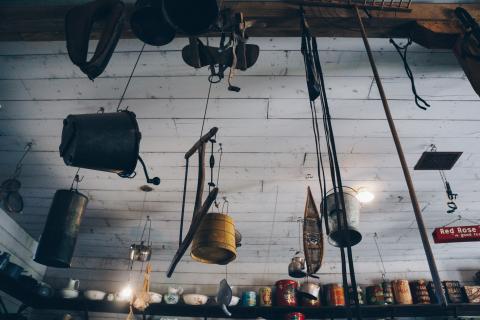 Our visit to O’ Keefe Ranch was a first-time ranch experience for me and my...

Tucked away in the Kootenays, Rossland is a buzzing ski town that still has a very quiet off season...

Someone, take my pulse, I thought as we flew over the Okanagan on a gorgeous fall day. My adrenaline... 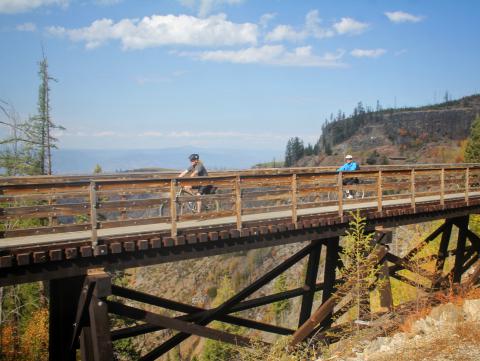 The drive up to Myra Canyon, just 30 minutes outside of Kelowna B.C., was a bumpy one, so my... 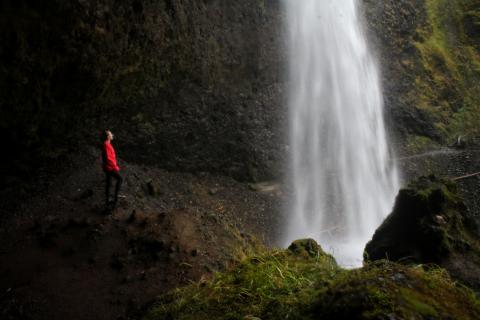 It was a classic British Columbia day with the morning fog hanging in the air, creating a magical...

Somewhere between being shot out of the waterslide like a cannon ball and jumping off the top deck... 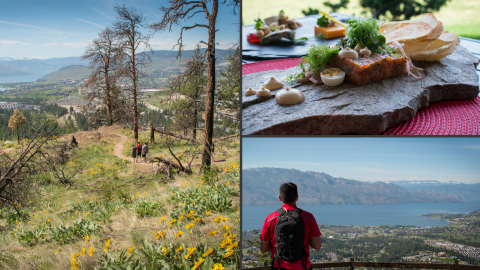 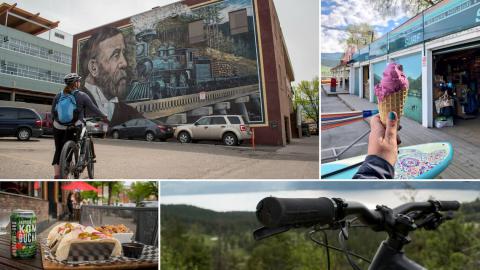 #OkanaganExploring Sipping his morning pick-me-up out of a coffee mug featuring a photo of his...