Oliver shares more than its wine with the world

Oliver, B.C. – The presence of some 400 farms clustered around Oliver, B.C. have earned this South Okanagan community the title of “Wine Capital of Canada.”

But, in addition to grapes, Oliver is also cultivating community through a unique local Christian non-profit. It’s not only Oliver’s wines that are being shipped around the world, but soup as well.

Picky produce shoppers’ preference for unblemished fruits and vegetables means that much of what farmers grow never makes it to the grocery store. Oliver-based Okanagan Gleaners ensures that some of that produce makes it to those in need.

“Gleaning” refers to a concept first described in the Hebrew Bible, by which farmers were exhorted to leave behind fallen and excess produce for the poor after their commercial harvest.

Begin your #OkanaganExploring adventure by checking into Tourism Oliver's website.

Rather than hand-gathering fallen fruits and vegetables, Okanagan Gleaners sends its refrigerator trucks to area farms to gather unused produce or receives it at an old tobacco barn that the organization converted into its warehouse, when it opened its doors in 1994.

Here, volunteers sort, chop and dice all that produce – onions, tomatoes, beets, potatoes – before stacking it on trays to be dried. Every April, Okanagan Gleaners sets aside three weeks to mix the previous year’s dried vegetables into soup mix, which is packaged into 100-serving bags and packed into drums that hold about 65 to 75 bags each.

Learn more about the Okanagan in these awesome destinations:
- Kelowna
- Summerland
- Vernon

The drums are shipped throughout the world. In the past 12 months, the soup has been sent to Belize, Ukraine, Lesotho, Swaziland, Guatemala, Columbia, Ghana, Haiti and Puerto Rico. In 2018, Okanagan Gleaners provided 8.3 million servings of soup.

Okanagan Gleaners receives produce from local growers that would otherwise be discarded, often by the ton

The work of Okanagan Gleaners benefits not only those who receive the fruits of its labour; it benefits those who provide it, from school groups to snowbirds.

During the shoulder seasons, most volunteers hail from the Okanagan, although Prairie Snowbirds from Alberta and Saskatchewan have enlisted. The summer months see volunteers from throughout Canada and the northwestern United States. In addition, during 2018 Okanagan Gleaners has played host to delegations from Japan and Germany, along with others from South America.

On a recent late-summer morning, a dozen or so tents rustled in the breeze next to charcoal grills and camp chairs.

Okanagan Gleaners provides free RV hookups year-round and tent space during the summer for anyone who signs in to volunteer each morning.

“Voluntourism is a benefit to a visitor, because it can give them a taste of alternative activities in the Okanagan,” says Masson. “Yes, there are plenty of hiking trails and wine tours, but gleaning combines the agriculture industry with an opportunity to help others.

“My research indicates people want to feel loved and valued. By volunteering when in a different region, it gives the individual or family a sincere sense of value and the feeling of helping others.”

Masson notes that, as the South Okanagan grows as an affordable winter get-away for snow-weary visitors from the rest of Canada, gleaning provides a unique opportunity to connect with the region even when the temperature drops.

“Volunteering at Okanagan Gleaners gives (visitors) the chance to write a book instead of just reading a book,” said Masson.

After a day of honest work, relax on the patio at Covert Farms Family Estate with a glass of wine and a charcuterie-and-cheese board. Or take a tour of this third-generation organic family farm from the wood benches in the back of its restored 1952 Mercury truck.

Alternately, visit the tasting room at Maverick Estate Winery to experience what winemaker Bertus Albertyn describes as “slow wine” – simple, unrushed and unadulterated grapes. You don’t need to be an expert in terroir to know, when you are standing on the vineyard’s east-facing slopes as the sun dips to the west and a breeze blows down the valley walls, this region is unique.

Begin your #OkanaganExploring adventure by checking into Tourism Oliver's website.

Start planning your #OkanaganExploring adventures with these websites:

Learn more about Oliver on the Hello BC  website

Did you know that Oliver is the Wine Capital of Canada . Start planning your trip.

Interested in heading to Oliver? Here's an itinerary to make your trip even better!

Uncover more about the Okanagan’s offers for adventure. Check out ZenSeekers #OkanaganExploring Expedition page to see how you can have an adventure like this.

#OkanaganExploring Sipping his morning pick-me-up out of a coffee mug featuring a photo of his...

Vernon, B.C. – The story of the Okanagan Valley can be told through a natural corridor that runs...

Kelowna, B.C. – Nearly a century ago, a new rail line connected Kelowna’s goods to the rest of the... 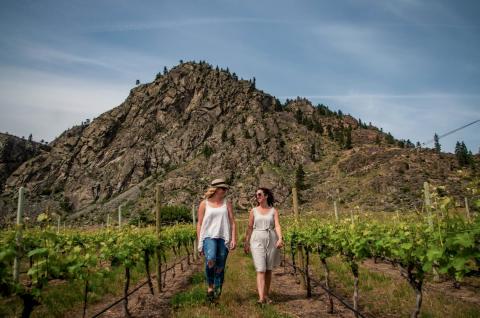 From McIntyre Bluff to the Canada-U.S. border, from the Black Sage Bench to the Golden Mile Bench...

The aha moments come thick and fast while cycling the section of the Okanagan Rail Trail that hugs... 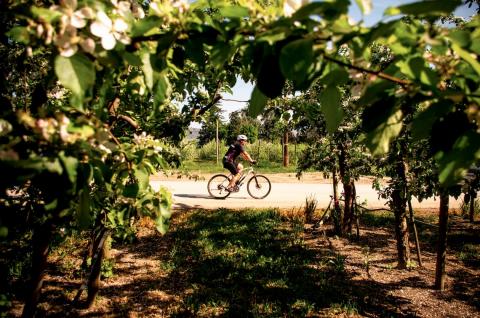 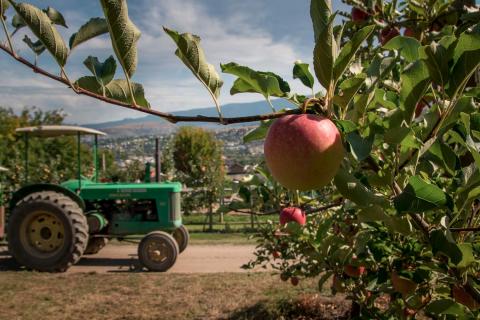 Heading north into Vernon, as the teal waters of Kalamalka Lake come into view on your right, you’ll...

It was 9 a.m. and cool clouds of mist hovered over Tuc-el-nuit Lake, soon to be burned off by the... 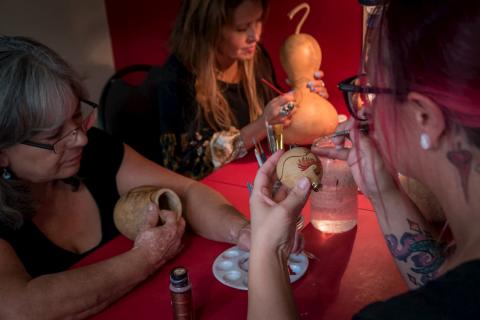 The Bear, the Fish, The Root, and the Berry. What a curious name for a restaurant I thought. I was...