Through 2018, ZenSeekers is teaming up with partners across the Canadian Rockies. Our correspondents will bring you exceptional video, photos and stories to inspire you to #ExploreBC and have your very own #RockiesExploring adventures.

Written and photographed by Chris Istace

The rushing waters of the St. Mary River pass a circle of Ktunaxa tipis erected proudly on its banks while Fisher Peak keeps a watchful eye in the distance. You could imagine this very scene 10,000 years ago when the first Ktunaxa (Kootenay) people called this land home.

These experiences, as well as the Ktunaxa (pronounced k-too-nah-ha) culture and traditions are now part of a first-ever program at St. Eugene Golf and Casino Resort. The Speaking Earth Haqaⱡpaⱡninam (Hackalth-palth-knee-nam) is a series of activities that take you on a journey to another time and experience the life of another nation and their world.

The St. Eugene Resort was once a residential school for First Nations children. But the Ktunaxa have transformed the property into a destination and place people can learn about the heritage of the area, too.

St. Eugene Resort is located between Kimberley and Cranbrook in southeast British Columbia in the wide valley known as the Rocky Mountain Trench. Towering peaks of the Kootenay Range on one side and the Purcell Mountains on the other dominate the region in a picturesque landscape. The area is easily accessed by car on Highway 3 that crosses southern B.C. or Highway 95 from the north. You can also fly into the modern Canadian Rockies International Airport.

Stepping back into the rich culture of the Ktunaxa nation is a rewarding experience, but there is also a second parallel story to experience. As a guest in their interpretive program you learn that the St. Eugene Resort you see today was once a residential school for First Nations children.

“Since it was within the St. Eugene Mission School that the culture of the Kootenay Indian was taken away, it should be within that building that it is returned.” – Elder Mary Paul, 1984

Built in 1910, the Spanish-colonial designed main resort building that now welcomes guests, was the site of hardship and pain because of a federal government program, at the time, believed the country should be one people and the First Nation culture wiped out and their people assimilated.

The mission’s past as a residential school has not been forgotten, but rather integrated into a unique interpretive program called Speaking Earth.

The St. Eugene Mission was the first residential school of its kind in western Canada. A culture was obliterated, and languages erased as the children were forbidden to do anything that involved their heritage. In 1970, the school was closed as the country realized these programs were wrong. First Nations youth began to join the public school system and live at home. The old residential school sat vacant for years, while many ideas for its use were attempted and failed.

Under the direction of former Chief Sophie Pierre in the 1990s, and for the next 10 years, she would guide the Ktunaxa people to create this magnificent facility. The world-class golf course would open in 2001, the casino in 2002 and then the resort hotel in 2003. Now in 2018, the Speaking Earth cultural immersion program and experience is a reality.

Jared Teneese started working on the golf course in 2001, and he and others dreamed of one day seeing a program like Speaking Earth. Jared spoke with pride and joy about how the Ktunaxa transformed such a dark time and place into an amazing and positive place to share with the world.

“The whole reason we developed Speaking Earth was to tell the story of the Ktunaxa people. When we see our guest playing games, listening to the legends, learning the history and enjoying Mother Earth we know we have achieved what we set out to do,” said Jared.

You can learn about Elder Mary Paul in the Interpretive Centre. She was a key figure who guided the Ktunaxa people to honour their heritage at St. Eugene.

The St. Eugene Mission is the only place of its kind in Canada; one of only three residential schools left standing in B.C. and is 100 percent owned by the First Nations people.

Chief Pierre used to say, “Figure out what makes you special; that’s what you sell. We’re selling an opportunity to understand our history, to know our people and to share our vision of turning a 60-year nightmare around. We’re creating new memories for our children.”

During Speaking Earth, you can enjoy up to two days learning traditional knowledge and culture interpreted by nation members in a hands-on environment. You’ll hear stories, play traditional games, raise a tipi, make crafts and visit other historical locations onsite.

The Speaking Earth program teaches guests about the life of the Ktunaxa people, which includes playing traditional games.

In my time there, I got to watch and take part in traditional games and even helped raise and assemble a tipi. It was a fun bonding experience and gave me insights into the Ktunaxa culture. We played a medicine ball game where your team tries to get a ball to the other team’s blank. But the game I enjoyed most was the fertility game, even though it was a bit tricky. You had to run to several points around the tipis, but at the same time screaming as loud as possible – and breathing inwards at the same time. Try it; it’s not as easy as it sounds. The winner was the person who made it the furthest.

The Interpretive Centre is filled with fascinating historic photos and artifacts of the Ktunaxa people.

The interpretive part of the tour led us through the St. Eugene Mission residential school and now hotel, to learn about the history of the Ktunaxa people and the school. The interpretive centre displays historic photos and the museum has tribal artifacts. Watching the documentary with first-hand accounts about the St. Eugene residential school, I couldn’t help but be impressed about how the members have persevered to create what we see now.

That night we gathered around the fire at the tipi circle along the river to listen to the storytellers share the legends of the Ktunaxa people. It was a moving experience I will never forget.

Seeing the passion and pride that the St. Eugene staff and Ktunaxa tribal members are pouring into Speaking Earth program, I can’t help but think that as more people learn about it they’ll want to experience this immersive and unique First Nations cultural experience.

Begin planning your trip to St. Eugene via the HelloBC website.

Uncover more about the Canadian Rockies' offers for adventure. Check out ZenSeekers' #RockiesExploring Expedition page to see how you can have an adventure like this.

Save 10% On Flights To Cranbrook With Pacific Coastal Airlines

Chris Istace is a ZenSeekers' correspondent, he can be found at The Mindful Explorer and on Instagram and Twitter. 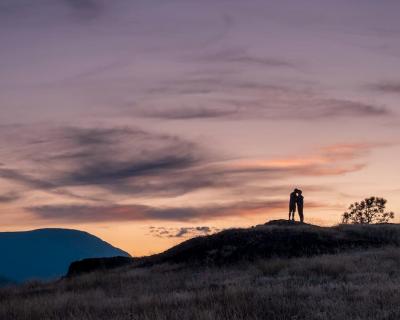 Ah, yes. The hubbub of summer is over and it’s time to slow down and enjoy the bounty of autumn. A... 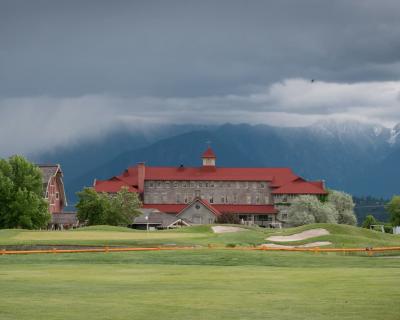 The question ran through my head even...

When you're talking handmade, you can't get more hands-on than the artisans I met in Cranbrook who... 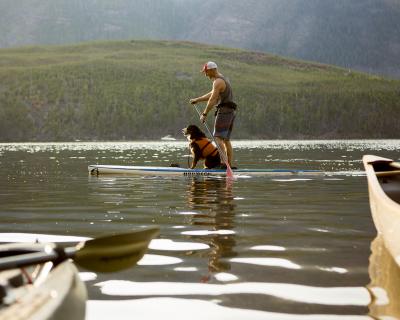 Cranbrook, B.C. – I was glued to the plane’s window as it started its descent into the Canadian... 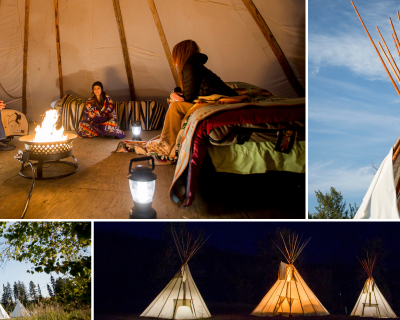 Cranbrook, B.C. – Rising to the early morning glow from outside the teepee walls, we breathed the... 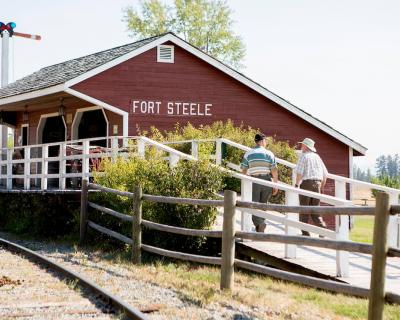 Experiencing history has never felt so hands-on and as adventurous as it does in Cranbrook, B.C... 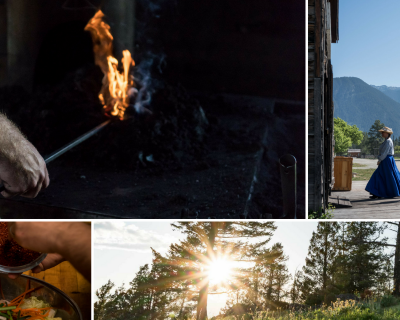 Driving along Highway 3 through the Kootenays, many folks pass by the city of Cranbrook, not... 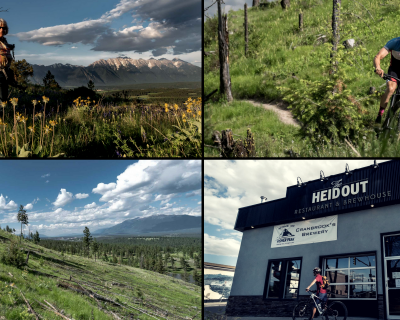 With our rental bikes loaded on the back of our SUV, we headed out from Kootenay Mountain Works bike...