Reconciliation begins with taking a step towards understanding

Reconciliation with the Indigenous People of Canada is an important conversation happening today in our country, but we may wonder how it applies to us or how we can get involved.

One way to do that is by traveling, which is a one way to shift our perspective. We can get to know ourselves better by how we react to new environments and new experiences, giving us a chance to reflect on the patterns we’ve fallen into at home.

If you are looking for something beyond an ordinary vacation, something more like an eye-opening journey – visit the traditional territory of the Northern Coast Salish People.

Reconciliation is a word I am familiar with as my own family is from South Africa, where Nelson Mandela and Archbishop Desmond Tutu introduced this challenging concept of Truth and Reconciliation as a way for South Africans to heal and move forward after decades of Apartheid. Apartheid was a political policy that segregated people based on race. It was based on the Canadian policy called The Indian Act. It seemed only fitting for Canada to then follow suit with it’s own Truth and Reconciliation Commission to manage the outcome of hundreds of years of forced relocation and residential schools.

One of the lessons learned in South Africa was that Reconciliation takes everyone. It is my duty as a Canadian Citizen to participate in learning about and taking action to reconcile the history of my country.

An easy way to begin is learn to say hello in the language of the Nation whose land you are visiting or living in. It’s a great way to start a conversation, and conversations can lead to understanding – and if you’re lucky friendship. In my case, it led to a new way of life.

I am part of the Ohtaqken Canoe Family from the Tla’Amin Nation. A Canoe Family is a group of people who pull together on land and on sea! Our family is made up of both Indigenous and non-Indigenous people: we represent Tla’Amin, Homalco, Klahoose, Canada, England, Ireland, South Africa, and the United States.

It is incredible what we have achieved because we all pull together. Imagine what would happen if 20 people pulled in different directions in the same canoe! Learning the language and practices of the Nation I live in is I participate in Reconciliation in my local community. My new friendships are strengthened each year through the work of the Ohtakqen. We practice paddling, singing and dancing together throughout the year, as well as share our songs and teachings at community events. We also spend time fundraising for our annual journey, which includes making cedar roses and hats for raffles, weaving and sewing regalia and gifts, and extensive beading.

If you visit during July and August, you might witness this ancient tradition as

Nations along the West Coast take to their traditional “highway” that is the Salish Sea. Paddling tribal canoes they set out to a predetermined destination to honour their cultures, continue their traditional practices and visit their relatives. Witnessing these celebrations provides a glimpse into another way of life.

The upper mid-section of Vancouver Island and the Northern Sunshine Coast are easy to access and offer a world unlike any other regardless of time of year. A flight to Comox or Campbell River International Airports will take you to the traditional territories of the K’omoks, Homalco, Wei Wai Kai and Wei Wai Kum people. (Travel Tip: fly to Vancouver Island and out of Powell River - but rent a car on each side to save on ferry costs.)

The usual amenities are all available, but they are among the totem poles that mark this land. Traditional and modern life sit jarringly side by side, as do the different Nations. Pre-contact, these Nations spanned across both sides of the Salish Sea as well as the Gulf Islands. Since the Indian Act, these nations have been forced to move off their original land on to tracts of land called reserves. They are often nowhere near their ancestral places.

Despite political policies such as the Indian Act that banned cultural practices like ceremonies and protocol, and prohibited gatherings of Native People, Coast Salish people maintain their ways of life and pass on their teaching through events like Tribal Journeys.

In 2017, Ohtaqken, along with more than 90 canoes pulled into the territory of the Wei Wai Kai and the Wei Wai Kum, also known as Campbell River, B.C. People traveled by canoe from as far south as California and Washington state, and as far north as Alaska to share their songs and traditions. Some canoe families traveled the water for a month!

All along the coast, First Nations welcomed paddlers on their way to the final destination. Evenings were spent at Protocol: the ceremonies that take place when one nation visits another including gifting, sharing songs and dances, and reuniting with family and friends.

The beautiful hand-crafted regalia worn during these ceremonies is incredible to see.

For many, the canoe journey is part of healing – a way to embrace identity, language and culture in a positive environment. Many of the canoe families paddle with a purpose or a person in mind. In some canoes the front seat is left open for an ancestor who has passed away. The journey is both physically and mentally demanding whether you are pulling for eight hours on the sea, or dancing in the long house to a challenge song. Old stories are shared and new ones are created as relatives gather and celebrate their land and people.

The opportunity to travel the Salish Sea by traditional canoe will change your understanding of time and sense of community. Twenty people can sit comfortably and paddle in Ohtaqken, a fiberglass canoe made for the youth in the Tla’Amin Community. Guhnos was carved in 2001 in the traditional manner from a cedar tree. This canoe seats fewer people and sits much lower on the water. The experience of floating on the ocean in a tree trunk is as surreal as it sounds.

If whales are on your agenda, plan for a winter or spring adventure to the Tla’Amin Nation on the mainland across the Salish Sea from Comox. A quick ride on the new Salish Orca ferry, and you arrive in Powell River. Winter in a northern rainforest offers more shades of green then you can imagine as well as being the season of eagles and humpback whales. The humpbacks have been returning to the Northern Salish Sea in the last few years along with the herring and salmon. This incredible environment sports sea otters, sea lions and, of course, orcas.

A ride with I’Hos Tours offers guided tours with traditional teachings and language, or ask about carving, weaving, fishing or hiking.

If you miss out on the yearly Tribal Journey, Homalco Wildlife Tours offers a chance to experience a tribal canoe during their Cultural Tour as well as cedar-weaving workshops. Also check out their Bears of Bute Inlet Tour. 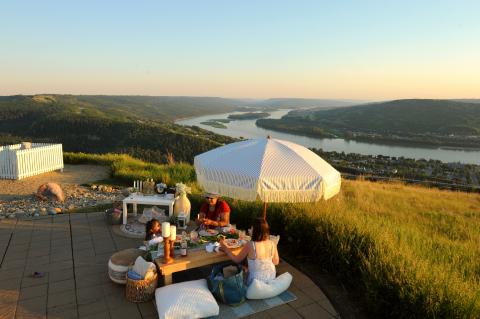 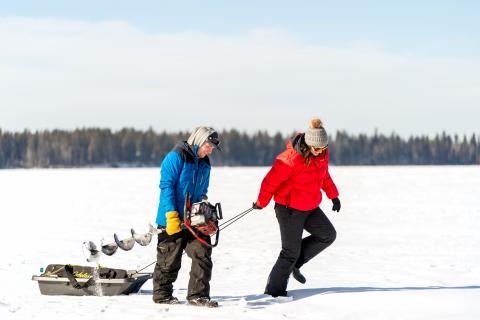 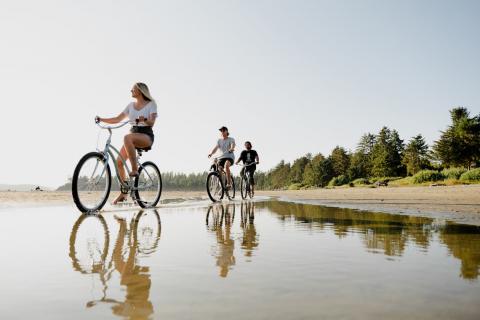 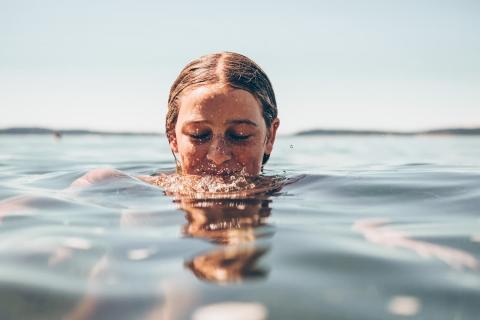 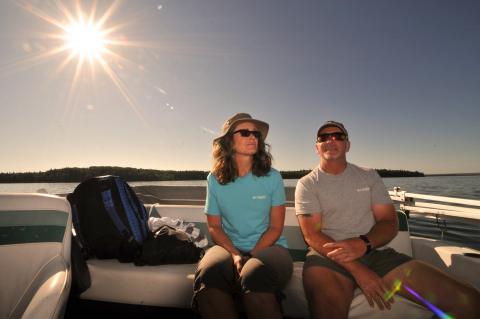 Grinning ear to ear and spraying a fan of water behind him, Josh Meredith skims past on a Sea-Doo... 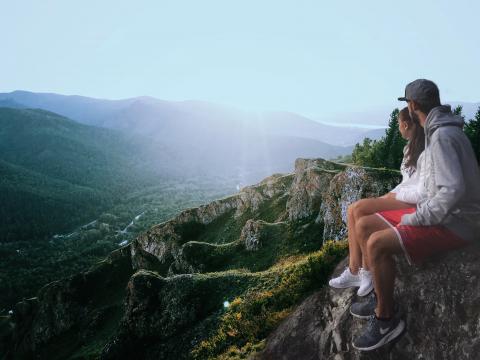 After months being at home, a road trip sounds pretty good right about now. Dream of fresh air and... 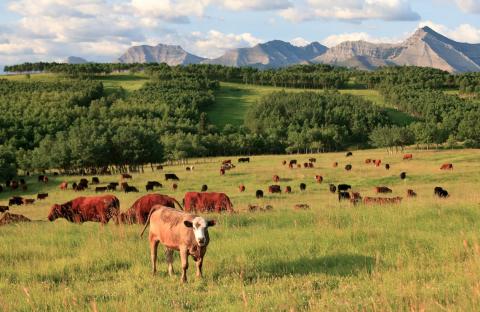 A ZenSeekers' road trip to Pincher Creek isn't complete unless you’ve tested the waters with a hook... 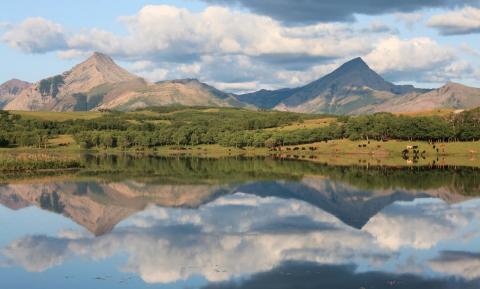