Blame it on the ice age – Alberta’s landscape got squished

Should we blame it on the ice age or give the era credit? Alberta has an abundance of mountains, prairies, hills, rivers, badlands and valleys that we happily call our backyard - all created by glacial forces. Yes, the mountains were squished up by plate tectonics but that doesn’t explain everything. We can blame or credit a few massive sheets of ice for what makes up a majority of Alberta.

The ice age was only a blip on the geological timeline so let’s backup a few billion years for a second. Alberta’s oldest surface landscape is a tiny patch of land in the northeast part of the province, dating back to the Precambrian era or maybe 4.6 billion years. The small outcrop of the Canadian Shield doesn’t stop, it’s just tucked under layers and layers of more modern eras of deposition and erosion.

Fast-forward to hundreds of millions of years and landscapes come and go, species evolve from specks in ponds to dinosaurs roaming lush forests. Then boom - 66.5 million years ago disappear! The land from the west starts to ripple into mountains and then 2.5 million years ago, the earth got chilly and massive sheets of ice coated most of Canada. Four major ice ages occurred in what is now the midwest of the U.S. and western Canada with the last Wisconsin glaciation retreating roughly 16,000 years ago.

Considering the ice sheets were believed to be up to 3.8 kilometres thick, that made for a compression of sediments, lots of ice, water and erosion.

Dale Leckie, a geologist from Calgary recently published, “The Scenic Geology of Alberta” and he points out countless landscapes shaped by glaciers that are easy to see from the car. He helped me find some interesting features.

“Over near Consort Alberta are these brightly coloured mud buttes, and most people don’t realize they are remnants from the ice age. The sandstone, siltstone and shale from the Cretaceous era were bulldozed and thrust in front of the thick glacier ice. We just do not expect this type of landscape disruption in the prairies,” says Leckie.

Closer to the mountains, it’s easy to see glacial moraines. When the glaciers are moving, debris rolls off the nose and the sides leaving an unconsolidated pile of rocks and boulders. Classic examples of an end or terminal moraine is the Athabasca Glacier on the Iceway Parkway and where the Fairmont Chateau Lake Louise sits.

As you paddle the waters of glacial-fed lakes, you’ll notice the unusual pastel emerald colour of the water caused by glacier flour. As the glaciers move they grind the rocks into a fine powder that stays suspended in the water.

As you drive through Morley Flats on the TransCanada Highway, you’ll notice elongated teardrop shaped hills that randomly dot the flat landscape. These are drumlins, piles of sediment left behind as the glacier moved.

Lake Louise is a classic U-shaped valley created by the glacier crushing and grinding the existing topography as it moved. Photo: Joanne Elves

Looking at Lake Louise, you see a classic U-shaped Valley. Look across the lake but look at the sides leading into the lake. As the glacier moved through the valley it scoured out a U-shaped path.

The Blackfoot word for rock is Okotoks so that’s how the town and big rock on the south side of town got their names. Okotoks Rock is a perfect example of glacial erratics that travelled hundreds of kilometres on the surface of the glaciers and ice sheets. Big Rock is part of the Erratics Train in Alberta. A 930-km-long sprinkling of boulders that fell onto the glacier some 16,000 years ago from Mount Edith Cavell in Jasper National Park. As the ice moved and melted, the rocks eventually fell to the newly exposed prairie. Other erratics include boulders on Nose Hill in Calgary and near Head-Smashed-In Buffalo Jump.

Drumheller river valley, or the Red Deer River, exposes some of the best dinosaur beds in the world. If it weren’t for the fast melt of the ice sheets, the massive valley wouldn’t have carved down so swiftly to expose the bones. Glaciers melting on Mount Drummond and Cyclone Mountain still feed the river. Almost every river flowing through Alberta has water from melting glaciers.

This is a term used to describe the irregular or undulating surface of a prairie that rolls, dips, rumbles and dips. Basically its piles of unconsolidated deposits left behind from the glaciers with room in between the rolls for ponds or swamps. It’s great for letting the cattle graze but horrible for a tractor to till.

The wetland at Elk Island National Park was created due to glacial activity. PHOTO: Dale Leckie

“Elk Island National Park was covered by about three kilometres of glacier ice during the last ice age,” says Leckie. “As the ice melted, a giant block of ice, perhaps up to a kilometre thick, became hung up on a subtle highland and stagnated there. Debris in the ice melted out to form the irregular wetlands so characteristic of the park.”

Of course, there are hundreds of other geological formations to look for while you wander through the province. Leckie’s book is full of excellent locations to see them. The Scenic Geology of Alberta, is available at almost any bookstore in Alberta. Keep it in the car. It’s always fun to have a geologist in your glovebox!

EXPLORE WESTERN CANADA WITH TRAVEL IDEAS STRAIGHT TO YOUR INBOX

Curious about more Western Canada geological wonders? Read about the 'Rock Mohowk' at world-famous Whistler, BC 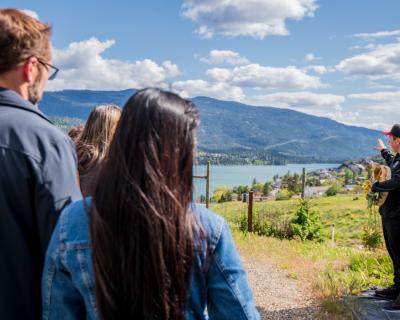 It all starts in Castlegar, where highways intertwine over the Columbia and Kootenay Rivers, and... 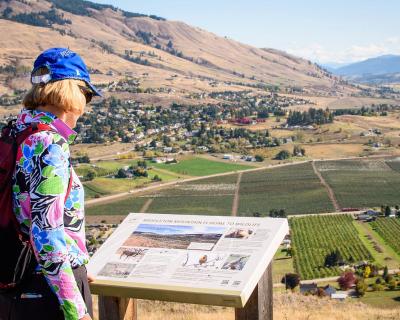 At the top of Middleton Mountain in Vernon sits a bench that reads: “Life is like a mountain... 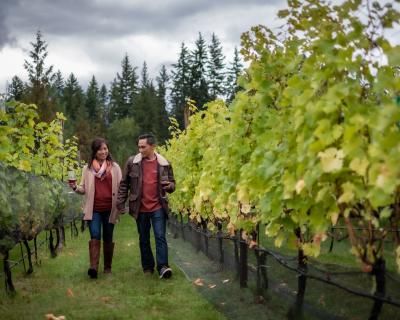 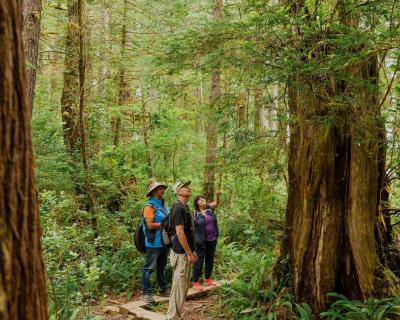 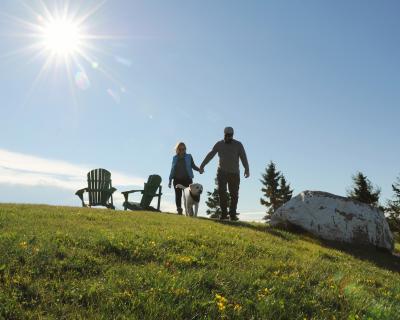 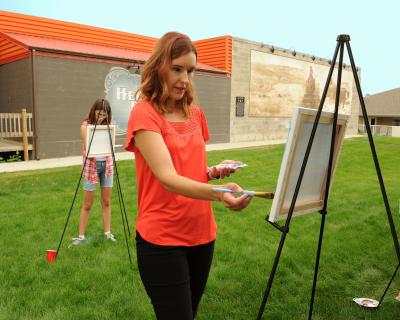 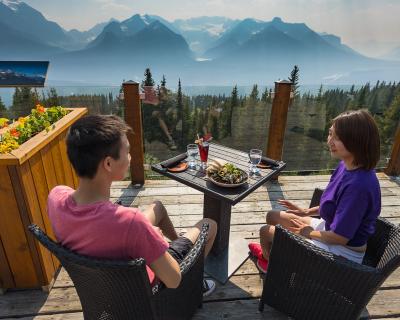 Lake Louise is famous as a hiking and nature destination, and for good reason, but what you may not... 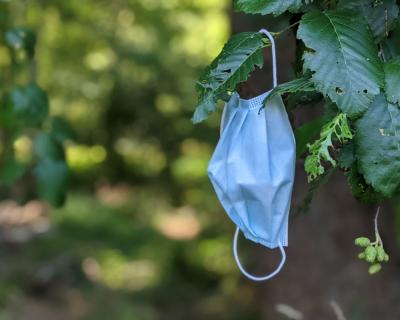 Let's talk trash about garbage. We can't all be garbologists practising zero-waste but we found a... 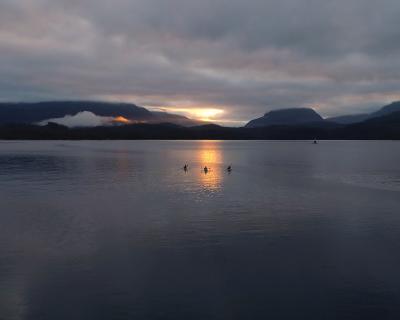