As we pulled into the parking lot at Dinosaur Provincial Park, we couldn’t help but feel a twinge of excitement about our upcoming Fossil Safari Tour. This adventure into the backcountry of the park had been on the “To-Do’ list for the family for too long.

It was our first visit and though we weren’t quite sure what to expect, we were pretty sure this place had something to do with real dinosaurs. When you’re in the midst of the towering misshapen hoodoos and lunar-like landscape of Dinosaur Provincial Park, it’s hard to imagine this place as a subtropical paradise filled with palm trees and ferns. But 75 million years ago, dinosaurs roamed here. So many dinosaurs in fact that this spot is a UNESCO World Heritage Site that contains the highest concentration of Cretaceous fossils in the world.

To protect the fragile environment and the yet to be discovered fossils, entry into the natural preserve is by bus tour only.

With a handful of other budding paleontologists comprised from families to seniors, we excitedly boarded the tour bus that would take us into the otherwise inaccessible Natural Preserve. Most of the park is classified as Natural Preserve - only accessed via a guided tour. This is mainly to protect the many dinosaur fossils that have yet to be excavated from this site.

The Fossil Safari is one of the regular interpretive programs on offer. It takes visitors to several key areas of the Natural Preserve and promises to teach you the secrets of finding fossils. The program is also designed to help you learn to identify different kinds of fossils – leaf imprints, remains of turtles, fish, mammals and dinosaurs.

Travel back to the Cretaceous

The landscape is unique and almost alien until your guide explains what a hoodoo is or what a cap rock does.

The scenery in the park is incredible and other-worldly. Driving through the Natural Preserve we passed strangely beautiful sandstone hoodoos. We stepped off the bus in several different locations and our guide, Jayne pointed out the unique geological features of the surrounding landscape. Some hoodoos have such a characteristic shape that people have named them. Our kids loved Phred the Camel and began trying to identify more animal shapes in the eroded rock.

At one stop, we stood around a small roped off area while Jayne pointed out several fossils that were lying on the ground partially uncovered by natural erosion. It would be easy to think they were just rocks, but as she pointed out the features of each piece of exposed fossil we began to understand how you recognize the difference between a rock and a fossil. Then she set us loose to explore a small area not far from the road. “I’d like you to search for fossils in this section over here,” said Jayne. “Let me know if you find any.”

looking closely, we were amazed at how many fossils we saw in a small area. After a few minutes, our family had identified many different fossils. Jayne said that forty different dinosaur species had been discovered in the park and that more than 500 specimens had been removed and exhibited in museums, but the work of excavation is ongoing. She said that one major find featured a bone bed containing the remains of more than 200 Centrosaurus (horned dinosaur) specimens believed to have perished in a flash flood.

To an untrained eye, what looks like a weathered rock could potentially be an undiscovered species. Dinosaur Provincial Park holds many secrets waiting to be exposed in the next downpour.

Finding real fossils made everyone feel like real paleontologists. As we boarded the bus to go back to the visitor centre, we felt privileged to have spent some time in this magical and mysterious place. There is no other place like it.

Know before you go 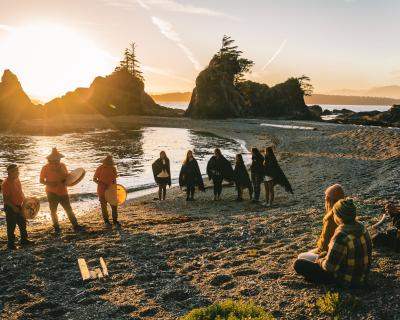 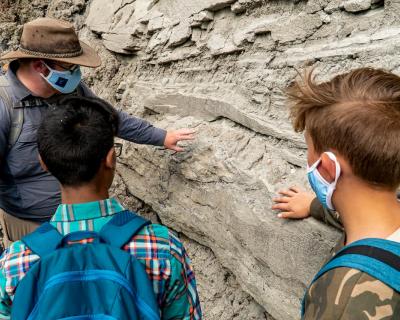 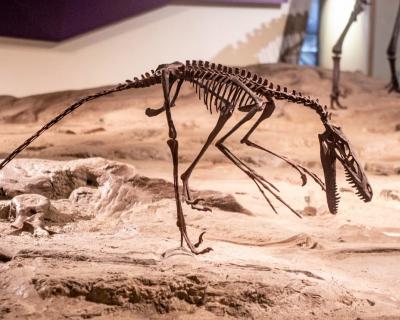 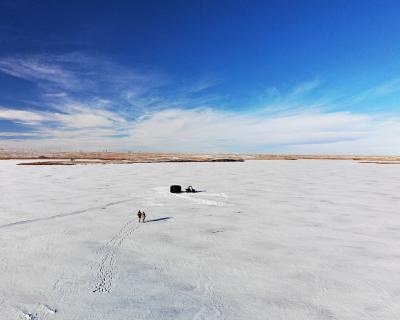