What causes winter conditions in B.C. and Alberta?

What causes winter conditions in B.C. and Alberta?

Winter is definitely sinking in. Boots instead of flip-flops, jackets instead of T-shirts and toques instead of ballcaps. Depending on where you live, the season settles in differently. For instance, the prairies may be -20 C and sunny like the Bahamas. Meanwhile, the Okanagan is warm but overcast. How come? 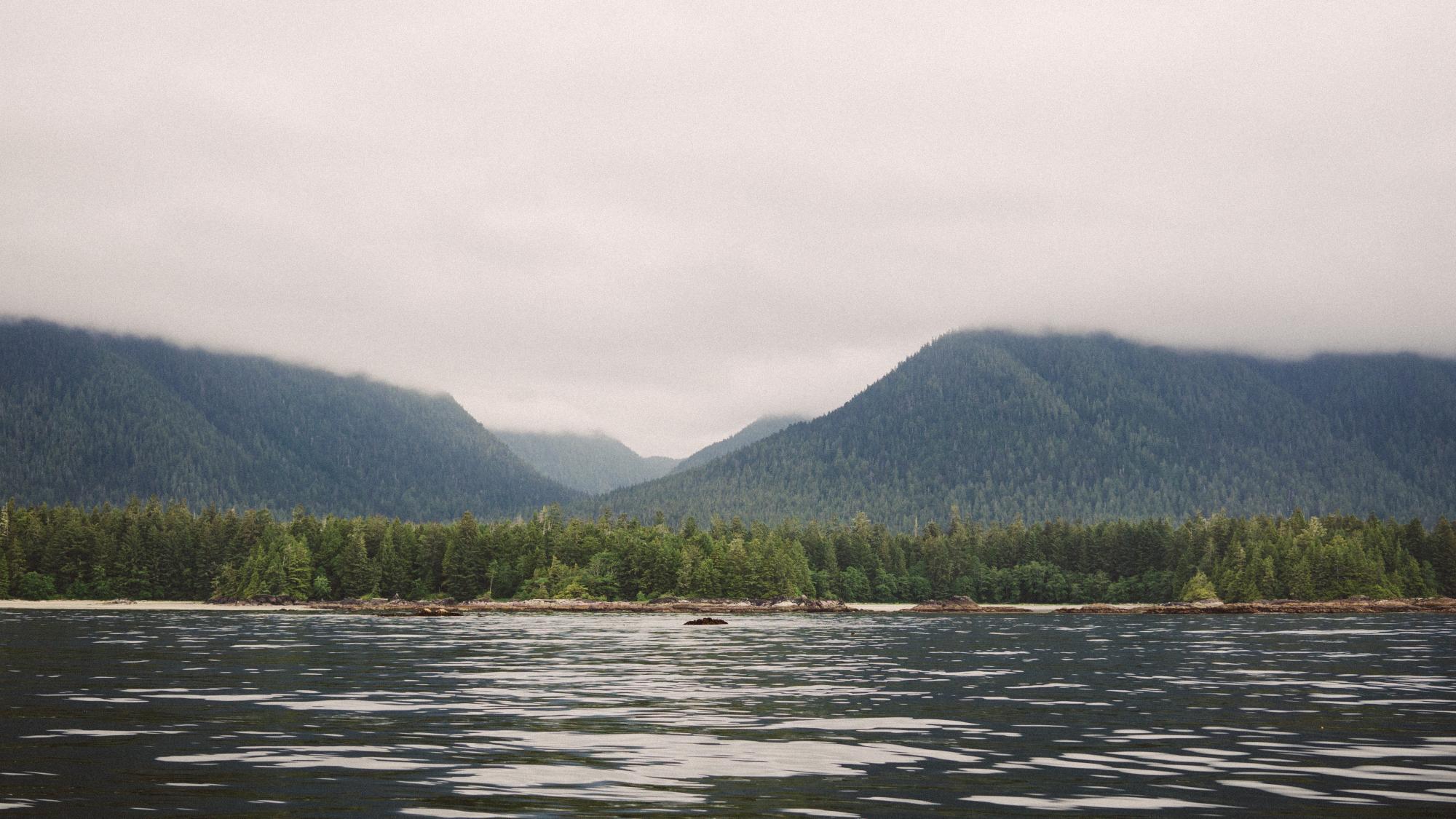 Much of Mainland B.C. can thank Vancouver Island for constantly taking the hit. Any weather coming off the Pacific will hit the island first. But, there is a good and bad to that. The island does disrupt the weather and probably reduce the affects felt on the inland passage and the mainland, but it also increases the amount of precipitation. The mountains on the island causes any air flow to suddenly rise. This brings moisture to the mainland area. In the summer, the high-pressure systems are usually weak so that moisture is just a gentle rainstorm. Yes, nasty thunderstorms also occur. In the winter however, the low-pressure systems bring in more dramatic weather. Just ask the folks who live in Tofino! 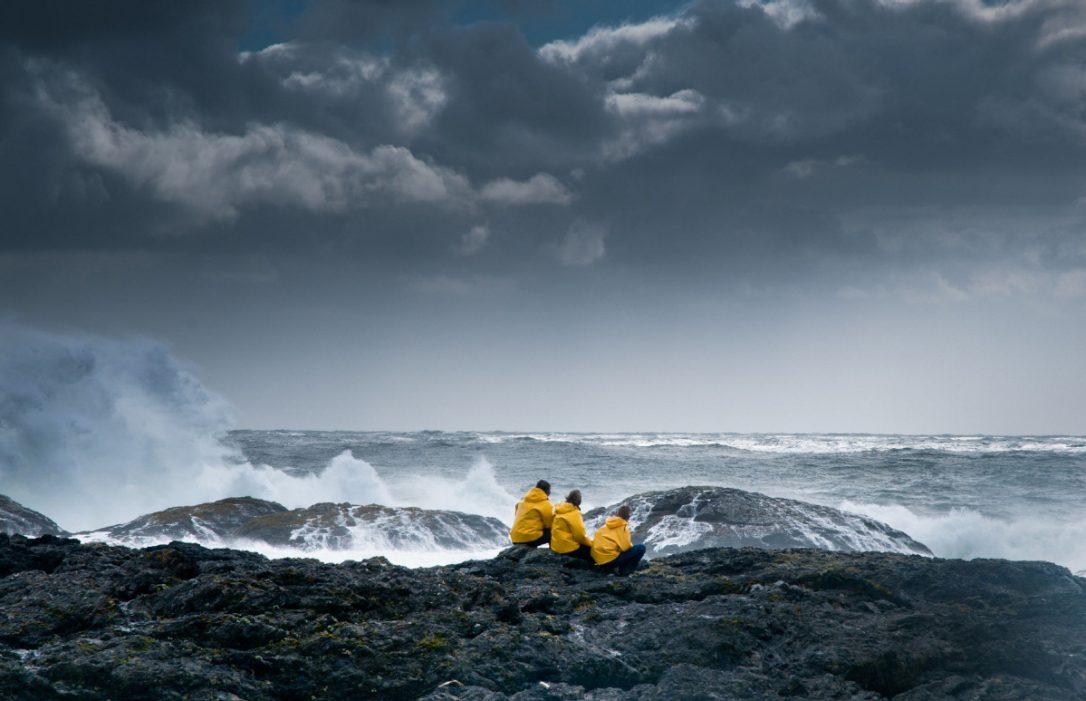 Let’s say you own a hotel or inn in a touristy town like Tofino. The crowds in the summer are chased away by heavy winds and rain of winter that are relentlessly bashing the beach. Your rooms are empty, the restaurant echoes and you are desperate to make it to the spring. Just how do you entice people to embrace your climate? You make it sound great! Because dang it – it is! What used to be the cold and miserable season is now labelled the “Storm Watching Season.” You tell people it’s going to be cold, its going to be wet. But you also tell them it will be the most dramatic weather they will ever see. Winds that bend trees into twisted messes of branches, waves that are 20 feet taller than they are in summer, rain sent with such force it feels like its coming sideways, because it actually is. Ya don’t experience that in a landlocked home. Experiencing coastal weather like that at least once is a bucket-lister.

So, what’s happening on the mainland beyond Tofino? One reoccurring wet pattern is nicknamed the Pineapple Express.” Moisture rich jet streams all the way from the Hawaiian Islands area of the Pacific blow towards the coast. That atmospheric river hits the coast and dumps rain and snow in the higher elevations.

Feeling trapped? Head for the peaks 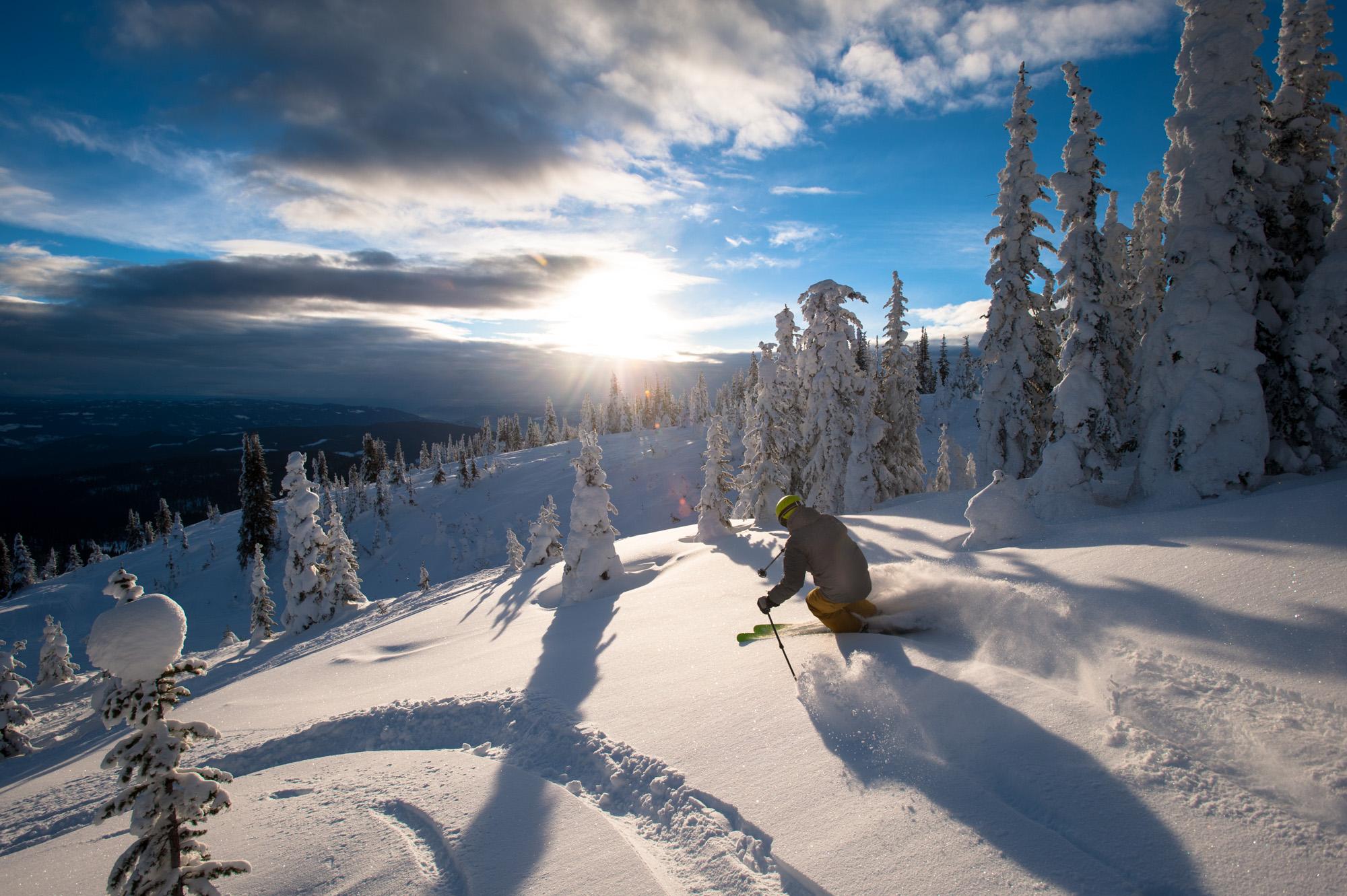 Okanagan Valley is said to have two seasons. Summer and Winter. The climate is very dependent on the Coast Mountains to the west that weaken most weather systems. In the summer the daytime highs of 28 C with low humidity are attributed to the low-pressure systems pushing storms north of the Okanagan. In the winter, a blue sky might be celebrated. Clouds get trapped between the east and west mountains for weeks only to be dispersed by strong winds. Instead of waiting for the sun to break through, many residents of Vernon will head to SilverStar Mountain Resort where the village sits above the valley clouds. 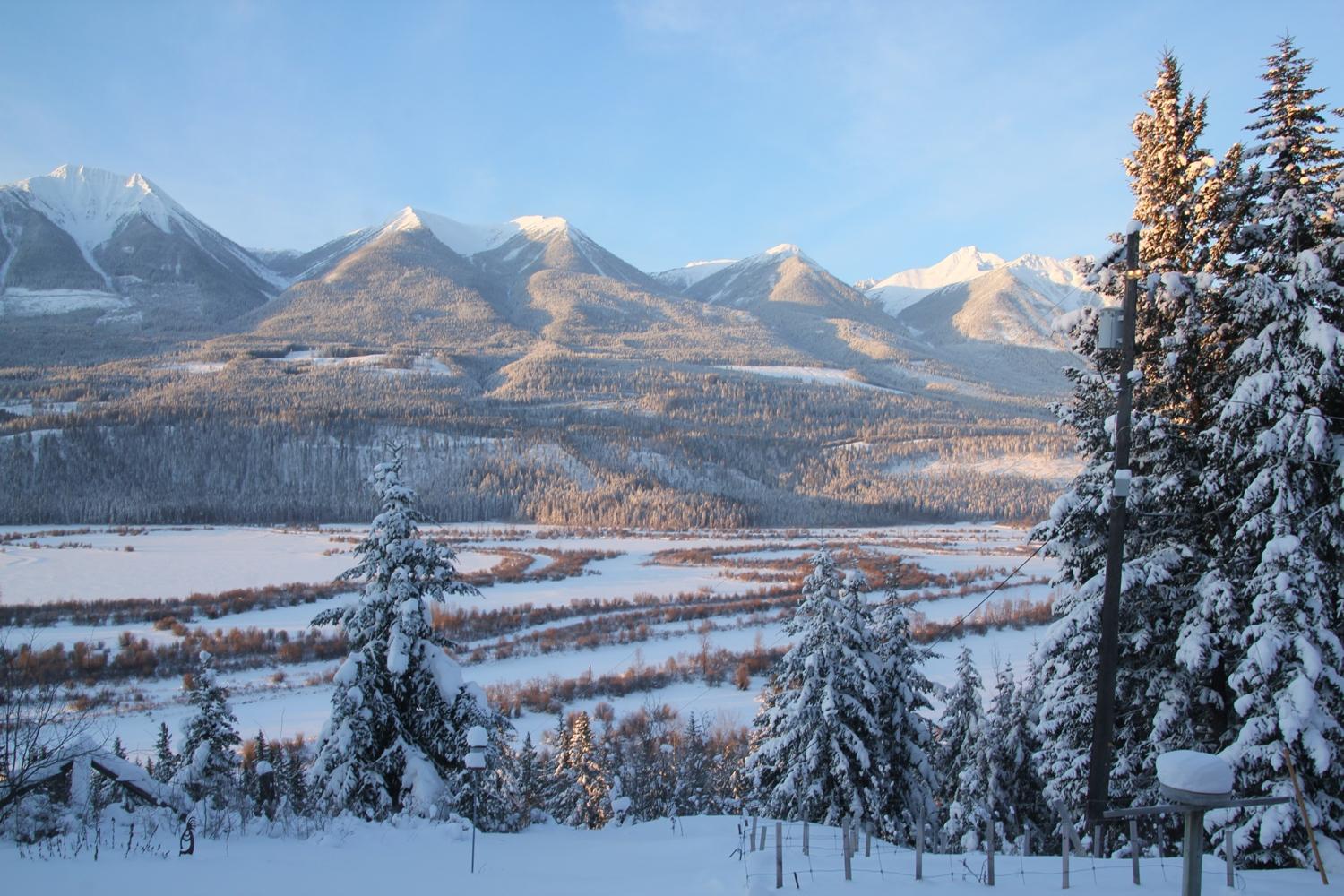 Step across the Continental Divide near Golden and the weather in winter changes dramatically. With the mountains spreading out, the wind channels and moves the moisture swiftly. The skies are bright but oh, dang it can get cold.

That cloud cover in the Okanagan Valley also traps the warm air. Out on the prairies, that star-studded night sky offers no heat. But don’t discount the mountainous effect yet. The towns and cities near the mountains bank on the Chinook wind to bring a reprieve from the snow and cold. If places like Calgary are experiencing a chinook, that usually means any of the ski resorts on the other side of the Rockies are getting snow. A chinook is caused by winds that originated on the Pacific Coast. As they head east, they bump into the wall of mountains and out of frustration, dump rain or snow, warm up and rise. As they get over the peaks they rush down the east slop and melt the snow in their path. Those gusts can be as strong as a hurricane in excess of 120 km/hr. The temperature can rise swiftly with that wind. In 1962, Pincher Creek saw the temperature rise from -19 to +22 C in one hour. When that wind dies down, the deep freeze returns, turning those puddles into rinks. But, at least its sunny.

Two things are for sure no matter where you are – you have to dress for the conditions and spring will eventually come. Honest.