When we hear about the many environmental dangers threatening the health of our oceans, the fate of the majestic whale is often front and centre. Now, they are at risk of losing one of their vital sources of food.

The herring is a vital cornerstone of the cycle of life that feeds, sea lions and other marine mammals, including whales. The diminishing herring population is being threatened by the outdated and careless commercial fishing practices allowed by the federal government's Department of Fisheries and Oceans.

It's an issue we need to act on now before it's too late.

One of the first stories in my journalism career got me interested in whales.

I had the chance to write a story for an Alberta newspaper after interviewing a marine biologist who studies whales. It was a fascinating topic. Now 18 years later, here I am writing a story that I hope activates you to help save those whales and the ecosystem they thrive within.

I ask you to please read this story, get outraged and act (please also share this story to help spread the word.)

This mouse of the ocean also feeds the mighty humpback whales that have been seen in record numbers along B.C.’s coastline over the past few years. 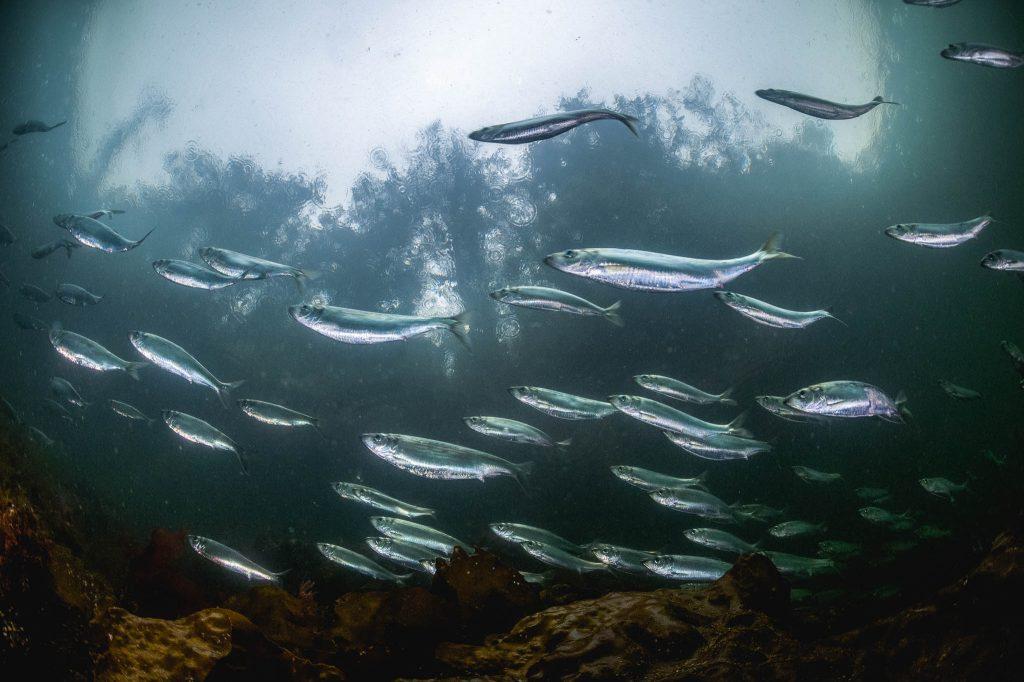 I recently talked with environmentalist and activist Ian McAllister, founder of Pacific Wild, a wildlife and wilderness protection group based in B.C. and founded in 2008. McAllister talked about what is happening on B.C.’s west coast, an issue that is causing a lot outrage.

“Our own government is en route to collapse B.C.’s west coast herring," he said. The quota for fishing herring hasn’t changed in over 20 years, while the return of the stock has been diminishing for years. Smaller herring, as adults cannot mature with these industrial fishing practices.”

As one of the world’s leading environmental activists, McAlliser said this is not an issue of “perhaps it will collapse,” based on current herring fishing practices allowed by the Department of Fisheries and Oceans (DFO). Instead, the collapse is imminent.

Please join ZenSeekers in signing this petition – mobilizing the government to work with local authorities, including First Nations to establish a sustainable plan.

Your action can help stop this fishing practice before it is too late.

If you've had the opportunity to see a whale in the wild before, you know what a special experience you've had. Have you had the chance to lay on your back and listen to whales while floating in the ocean? I have and I can say it is one of the most magical, Zen-like experiences you can have on this earth. The mystical power of a whale sighting in the wild has brought people to tears, a transformative experience that leaves them changed and more attuned to the power of Mother Nature.

For nearly 20 years, Hugh Prichard and Christine Hollmann have operated Terracentric Coastal Adventures along the Salish Sea off of Lund, B.C., on the Sunshine Coast. “Back twenty years ago, it was one in 10 that you would see a whale during one of our tours, now it’s one in four,” says Christine.

“The whales are drawn to this region as its home to some of the quietest waters along the Pacific. Everywhere else is too noisy for them to communicate. The other element is there is food here, and unfortunately I have to add...for now," says McAllister.

The waters between Vancouver Island and B.C.’s mainland, known as the Salish Sea, are some of the last food reserves where the whales can feed on salmon because in many places their food supply is diminishing or has died off.

“The opening of the herring fishery despite overwhelming opposition and real science is ridiculous.  Clearly this government endorses a corporately motivated marine ecosystem collapse over common sense,” explains Hugh Prichard

What will you say to your grandchildren in 60 years when they ask you about what it was like to see a whale in the ocean and not in some virtual reality simulation?

By taking action today, perhaps that conversation won't have to happen. You might even be able to take your grandchild on a tour with Terracentric or any other sustainable ecotour operator and experience some transformative magic of your own.

Join this Petition to correct B.C.’s approach to herring fishing.

Here is how you can take action now in Pacific Wild’s #BigLittleFish campaign.